Szafnauer: I anticipate we’ve done a good job for 2022 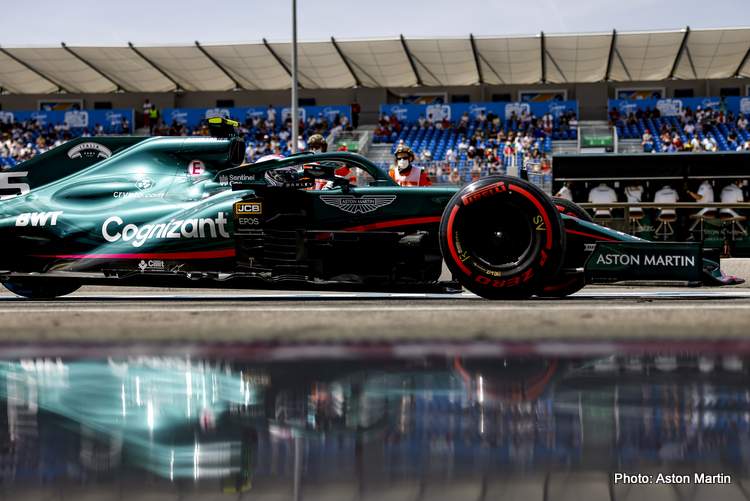 Aston Martin team principal Otmar Szafnauer is upbeat about his team’s chances for the upcoming Formula 1 season, anticipating they have done a good enough job reacting to the new 2022 aero regulations.

Aston Martin had a horrid season last year as their car, the AMR21 was badly affected by the floor regulations that were applied in the 2021 F1 season – being a low-rake car following a similar philosophy to Mercedes’ W12 – unlike its fast predecessor, the RP20, also known as the “Pink Mercedes” that was built under the team’s Racing Point guise in 2020.

However as Mercedes were able to recover their lost performance winning their eighth consecutive Constructors’ Title, Aston Martin where unable to follow suit and ended the season languishing seventh in the Constructors’ table compared to fourth as Racing Point in 2020.

But with the new regulations becoming effective next season, many teams are hopeful of making a step forward in the pecking order, and Otmar Szafnauer is hopeful that his team will have a better season next year.

Speaking in an interview with racingnews365, Szafnauer spoke of his expectations for 2022.

“It’s hard to know where we sit relative to everyone else, because that’s a highly guarded secret,” he began.

“But we will find out in due course, probably when we start running in Bahrain. It’s about the interpretation of the new technical regulations, and finding areas that could be exploited within the regulations but that gives you performance.

“If we’ve done a good job in that area, relative to our competitors, I can see us being really competitive next year,” the Aston Martin boss hoped.

“But, if somebody else has found something we haven’t, then I can see us having to be fast followers and quickly get that type of performance on the car.

“But I anticipate we’ve done a good job,” Szafnauer mused. “But really hard to know until you figure out what everyone else has done.”

Reflecting on the difficulties the team faced in 2021 due to the revised floor rules, Szafnauer said: “The setback, I don’t think, will happen next year, mainly because the rules are the same for everybody.

“We didn’t have unilateral aerodynamic rule changes that affected some teams more than others. So the rules are the same for everyone.”

Ever since the team previously known as Force India was taken over by a business consortium lead by Canadian billionaire Lawrence Stroll, whose son Lance drives for the team along four time champion Sebastian Vettel, serious investments have been poured into the previously financially-strapped team, with Stroll Sr. vocal about his ambitions to transform he midfield team into a title contender.

Szafnauer explained the team’s strategy for the expenditure of the new investments saying: “The funding now is more plentiful, and evident.

“That money should and will be spent on building up infrastructure that other teams have built up over many years, and spending a lot of money to do so.

“They use that infrastructure in those tools to their benefit to develop IP, make the car go faster, do R&D… we need to have the same tools and that’s where most of the money will go,” the 57-year-old insisted.

Aston Martin have begun building a new state-of-the-art factory back in September 2021, and went on a huge hiring campaign with previous McLaren team principal Martin Whitmarsh joining as CEO in September of 2021 as well being the most high profile of the team’s new hires.