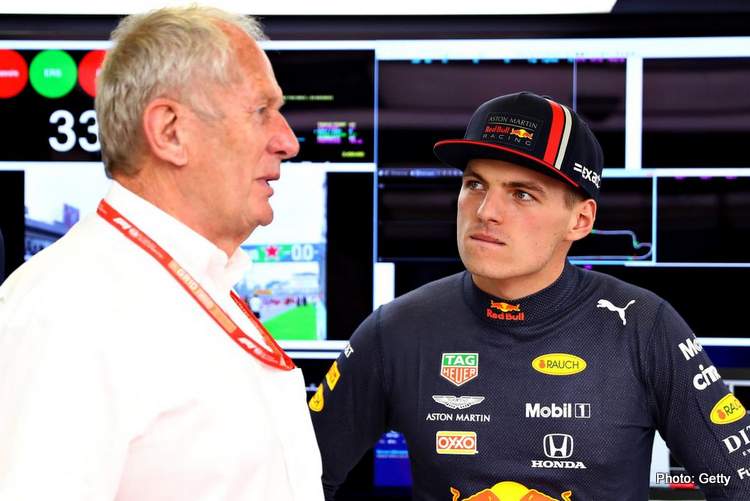 Red Bull consultant Dr. Helmut Marko, has seen many drivers come and go through the team’s Formula 1 driver program, but claims that Max Verstappen is the best, even better than Sebastian Vettel.

Sebastian Vettel remains Red Bull’s most successful driver, the German winning four consecutive F1 Titles with the Austrian outfit between 2010 and 2013, and remains up to now the youngest ever driver to become an F1 Champion.

Furthermore, and up until Max Verstappen won the 2021 F1 Drivers’ Crown, Vettel remained the only world champion to emerge from  Red Bull’s F1 driver development program that is overseen and ruthlessly managed by Dr. Helmut Marko.

Asked by ServusTV, who of the two world champion drivers he sponsored is the better, and whether it was Verstappen, Marko said: “Yes, without a doubt he is.

“What makes him stand out the most? He doesn’t need a warm-up,” he went on. “If it rains somewhere, the others do five or eight laps. Then Max goes out and sets the fastest time on the first lap.

“Or Jeddah [new track for the Saudi Arabian Grand Prix] – nobody knew the track,” the Austrian explained. “The others were driving again, Max goes out… bang! Three times [fastest sector]. That is one of his fascinating qualities.”

Verstappen can look at the bigger picture now

Verstappen has always been known for his aggressive driving, suffering from numerous crashes in the previous years for always pushing too hard, something the Dutchman has cut down on in his Title-winning season.

“In the early years, Max wanted to be the fastest at all times and under all circumstances. He has now learned to dose it and delivers it if it is really necessary.

“The discrepancy is he already showed that maturity during his very first race for Red Bull,” the 78-year-old claimed, adamant he always knew Verstappen had to maturity from day one.

The day when Red Bull, and of course Marko decided to suddenly promote Verstappen from Toro Rosso in 2016 ahead of that year’s Spanish GP feels like a distant memory, but his win on his debut with the team was immediate vindication of the decision, and will always be in the history books of the sport as the 2021 F1 Champion became the youngest driver ever to win an F1 race.

Verstappen has come a long way ever since with Marko recalling: “Another important difference is that if we had a problem during free practice a few years ago, Max would explode and yell through the pit box.

“He sometimes took that impatience with him on the track, for example, if a backmarker did not move quickly enough.

“Now Max is much calmer,” he insisted. “He performs consistently and at an exceptionally high level.

“He is truly an extraordinary driver,” Marko concluded.

Verstappen will enter 2022 as a defending F1 World Champion, with new aero regulations coming into effect making for a highly anticipated upcoming season.