Will Hamilton and Russell be plug-and-play at Mercedes? 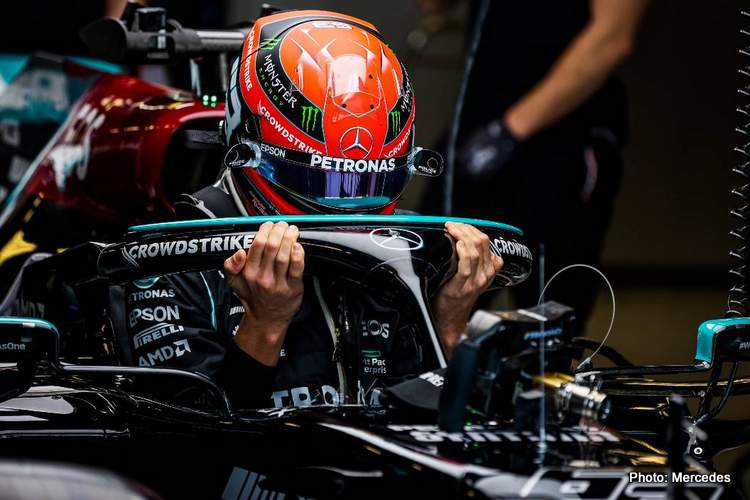 George Russell stepping up to partner Lewis Hamilton, at Mercedes, is one of the most anticipated sideshows of the 2022 Formula 1 season, potentially explosive it is already being talked about by pundits.

‘Life after Lewis’ is a reality that has faced not only the seven-time F1 world champion and team boss Toto Wolff, with Russell stepping into the breach is an investment in the future of the team; his salary said to be between $5-million and $7-million, depending on the source. A sure welcome to the big time.

And deservingly so, Russell garnered substantial headlines racing for backmarker Williams team, those are set to multiply enormously as he dons the Mercedes race suit, replacing Alfa Romeo bound Valtteri Bottas in the hottest seat in modern F1 – teammate to Hamilton, one of the greatest drivers of this era.

But it is not unchartered territory for, Russell is returning ‘home’ to the ‘Mercedes Mansion’ after a couple of years at the ‘Williams Boarding School’ where he paid his dues and, more often than not, was a talking point of a race; when he might have been treading water ahead of his big move. But that’s not how George is wired.

How will Russell fit into a team built for and around Hamilton?

1996 F1 world champion turned occasional pundit Damon Hill is one of those looking forward to the contest between the Young Gun and the Old Guard: “I think it will be great to watch. I’m sure Lewis will be wanting to encourage George. I don’t see it going wrong.

“I think Lewis recognises his timespan is shorter in the sport than George’s, so he will want to play his part in giving him a leg-up – not that he needs one, probably. It’s down to George and how he approaches it. I’ll be as excited as anyone to see what will happen,” Hill told the Express.

Rosberg: If he is on exactly the same pace as Lewis it could become really intense

Nico Rosberg, the man who beat Hamilton to the 2016 F1 title (and promptly quit) is wary of the partnership: “It was a difficult decision for Toto because the risk is quite high. If George is on exactly the same pace as Lewis, it could become really intense in the team.

“There are a lot of unknowns there, is George always going to back out, or is he going to get his elbows out? That’s just going to be so great to watch,” added Rosberg whose relationship with his former friend, Lewis, never recovered to this day due to the final toxic years they spent as teammates..

Wolff, who has mentored and backed Russell through the Mercedes motorsport programme he manages, appears to know what’s in store: “George has to consolidate the proof he can deliver top performances like in Sakhir 2020 on a regular basis to qualify for a championship.

“That could also happen in the first year and would be a luxury problem that we would then have to solve,” added Wolff who was in charge during the ‘civil war’ years between Hamilton and Rosberg.

Russell: I was never under the impression I wouldn’t have the opportunity with Mercedes

As for Russell, he will want to seize the moment with a great first impression at the season opener and then deliver consistently as his boss expects. In his favour, the 23-year-old is no stranger to the team and said as much when he tested in Abu Dhabi, last month after the season finale and his last race for Williams.

“It’s a strange feeling because I’ve tested with the team numerous times after races, end-of-season and now here we are again,” said Russell. “Obviously it’s my first time as an official driver for the team. So it was a really great day to be back with the guys,”

As for landing the Mercedes seat, arguably the worst kept ‘secret’ of the Silly Season, Russell told reporters at Yas Marina: “I was never under the impression I wouldn’t have the opportunity. Toto said to me: Ever since you joined Mercedes you have always performed and I’ve never let you down.”

The boss delivered and now the ball is firmly in Russell’s court to not only pay the faith shown in him but also set his own course. Whatever approach he decides will be recorded in the history of the sport, and for sure the legacy he seeks is the opposite of what Bottas left behind.

How he goes about achieving that with one of the best drivers of all time setting the benchmark, in the sister car, will be intriguing to witness. Begging the question: Will it be plug-and-play?