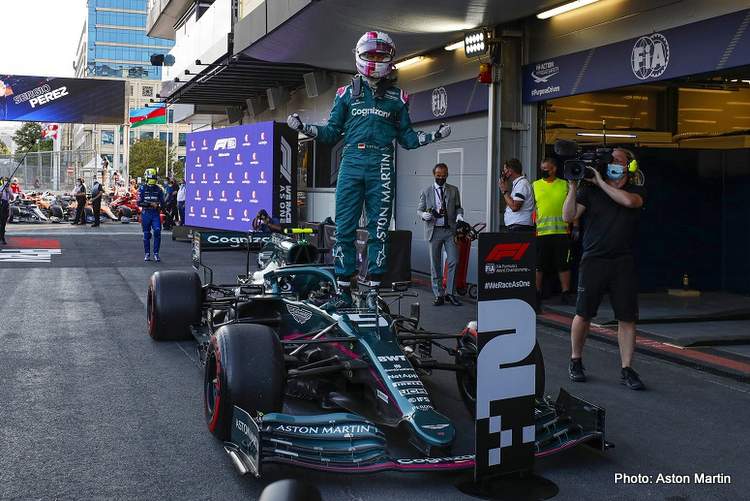 Sebastian Vettel joined Aston Martin from Ferrari for the 2021 Formula 1 season, and despite his season not being stellar, the German seems to have done enough for his team boss Otmar Szafnauer to label him as brilliant.

It has been a re-building year for Vettel, after the misery he’s been through during his last year with Ferrari, and it was not easy, as he needed to get used to a new team, a new car, and a new power unit, with Aston Martin taking an unrecoverable hit with the aero regulations for the cars’ floors in 2021 hurting them most along with Mercedes, who unlike the British team, recovered and fought for the Title till the last race.

Vettel is a man of integrity

“He’s been brilliant,” he said. “He’s such a man of integrity; he works hard, has a great work ethic, leaves no stone unturned.

“The engineers like working with him, the mechanics love him as a person, he’s just a genuine guy. And that goes a long way in life.

“I’ve known him for 15 years, everyone else talked about him in the same manner that I’m talking about him now.

“I wasn’t surprised but I was still delighted to have what I thought he was confirmed by his actions,” Szafnauer revealed.

Vettel had a sluggish start to his season, and it wasn’t until Monaco that he started delivering results with a superb fifth place around the streets of the principality.

“It took him four races or so to get to know us, to know the car, the powertrain, and since he’s done a good job,” Szafnauer reflected.

“When he starts a race he will look at other drivers, the lines they’re taking, and will try things within a race to be able to go quicker or save tyres more or whatever you have to do,” the 57-year-old explained.

“That to me is his biggest asset,” he concluded.

Despite not being consistent in the results, Vettel delivered some highs for Aston Martin with a the team’s first podium in Baku (second place), and a second place in Hungary which was taken away for a fuel infringement on the quadruple F1 Champion’s car.

To his credit, the car at his disposal was not worthy of being in the top ten, the team failing to recover from the aero rules revisions, with the challenge of working on the 2022 machine affecting the development of the AMR21.

Next season, depending on the new Aston Martin F1 machine, a clearer idea could be created about Vettel’s level, who finished the 2021 season 12th in the standings winning the Crypto.com Overtake Award with 132 overtakes to his credit.

On the cool-down lap in Abu Dhabi’s season finale the German joked: ” What’s the prize? One million jelly beans?”