Perez: Pressure is on at Red Bull, everyone is watching you 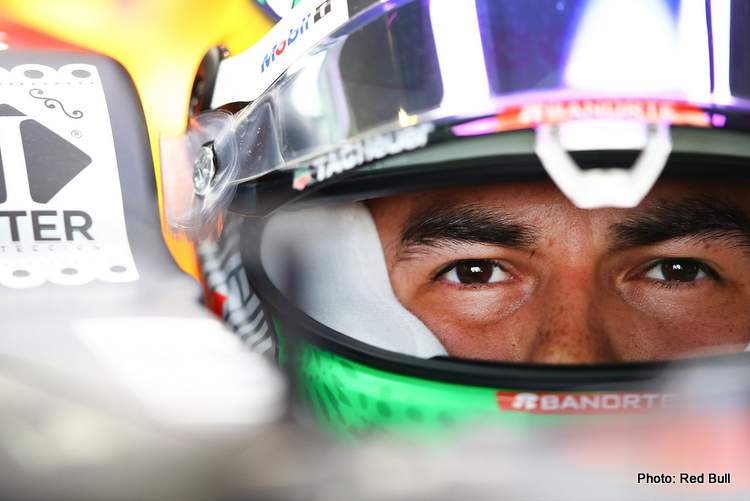 Sergio Perez joined Red Bull in a season when the team was locked down in an intense title fight with Mercedes, the Mexican admitting he was under pressure, with everyone watching him.

Perez didn’t have the luxury of taking his time to settle down at Red Bull, as the team’s 2021 Formula 1 season was a vigorous fight with Mercedes over top honours from the first race in Bahrain, with high expectations from the former Racing Point driver to support Max Verstappen in his quest for a maiden F1 Title.

Perez was his excellent self during races but usually struggled to get close to Verstappen during qualifying meaning he was not close to the front enough to be a factor in the title fight, but he developed over the course of the season and ended up delivering the best support role for his teammate in Abu Dhabi, keeping Hamilton at bay with some impressive defending, giving Verstappen the chance to catch up with the Briton.

Perez had a very intense season

Perez spoke to Autosport about his 2021 season summing it up as: “Very intense. It’s been extremely intensive. A lot of work has been done behind the scenes, a lot of pressure.

“When you are at Red Bull Racing the pressure is on and everyone is watching you, what you do and you guys are obviously a lot harder to a Red Bull driver, which is very understandable.

“But it hasn’t been easy, but it has brought me onto another level, and having Max as a team-mate it really pushes you to new levels,” he went on, revealing: “I’m enjoying it a lot at this point of my career, I’m very happy, and that’s the most important.”

“He’s very complete, experienced,” he added. “I mean, the season he has done I think it’s been legend, you know, it’s really impressive, and big praise to him. He’s really at one with the car.”

The Red Bull driver, who was awarded for his efforts by a contract extension for 2022, admitted that he lacked consistency this year, a key area he needed to work on.

“When you are out of position and so on… I think the main thing I lacked was consistency to constantly be at 100% with the car,” Perez reflected.

“I have to raise my game for next year. And yeah, hopefully, we are all able to go forward,” he hoped.

Although Verstappen won the Drivers’ Championship, Perez was also relishing his teammate’s success, especially that he was able lend him a hand at certain points in the season.

“Honestly it does,” Perez said, when asked if  Verstappen’s triumph meant a lot, “because Max has been a great teammate since day one to me, and the team has been fantastic to me. And I was in a position to support my teammate.

“I’m extremely happy for everyone. You know, it’s a shame at the end, we didn’t get the constructors’, but I think it was just a couple of points at the end.

“And some bad luck here and there. But I look forward to next year,” the veteran of 213 grands prix, concluded.

Despite his early struggles, Perez was able to win for the first time in Red Bull colors at Baku, on a day when he was able to capitalize on a chaotic race, as Verstappen haplessly crashed out from the lead due to a tyre failure, and Lewis Hamilton making one of his rare errors locking his brakes on the post-red-flag race restart, finishing out of the points.

Here comes @SChecoPerez to save the day in Baku 😘🏆 pic.twitter.com/QkGblIBHWf