Ferrari back with Santandar, signs Velas as new sponsor 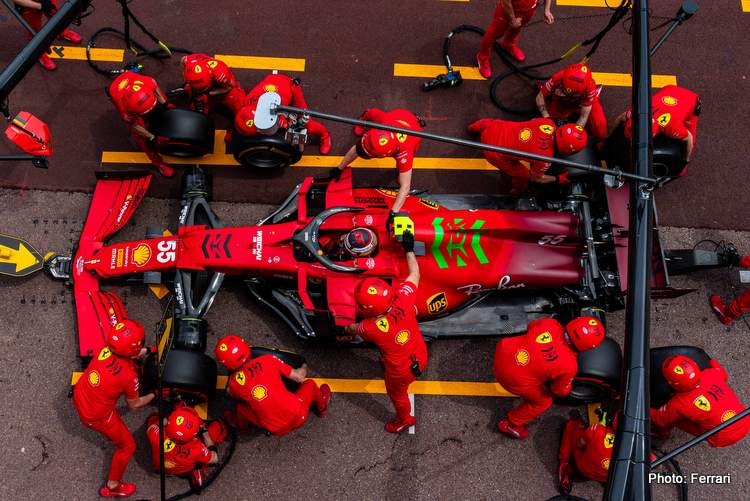 Santander returned as a ‘Premium Partner’ for the fabled Formula 1 team, as the Scuderia signed Swiss Tech Firm Velas as a new sponsor.

Santander previously sponsored Ferrari between 2010 and 2017, after which they parted ways with the bank going on to sign a sponsorship deal with the UEFA Champions league.

A statement by Ferrari said: “The partnership, covering multiple years, will see the bank’s logo back on the Scuderia cars, on the race suits of drivers, Charles Leclerc and Carlos Sainz, on the caps and will also be present in the Ferrari Driver Academy activities. Banco Santander will also feature in Ferrari Competizioni GT, with its logo on the official cars participating in the FIA World Endurance Championship and on the upcoming Le Mans Hypercar.”

The partnership will focus on sustainability

Ferrari’s statement continued: “In 2020, Banco Santander was the world’s leading bank in renewable energy finance and through its investment bank, Santander CIB, it has dedicated teams that specialises in advising companies in transitioning to a zero emissions economy. Banco Santander will therefore support the Scuderia on its own path to being carbon neutral by 2030.”

Ferrari Chairman, John Elkann, said of the new partnership: “It’s an honour to team up again with a global financial institution like Santander, which is committed to responsible banking and has shown leadership in renewable energy finance and ESG advisory services all around the world. We look forward partnering with them to deliver our key objective of becoming carbon neutral by 2030. We believe Formula One with its innovations and technological developments will benefit our industry and ultimately society as a whole.”

Ana Botín, Executive Chairman, Banco Santander commented: “We are very excited to work with Ferrari again, and support them in the green transition. Santander is fully committed to tackling climate change, and as Europe’s leading provider of auto finance, we are determined to help the auto industry as it goes green. Our new partnership with Ferrari will accelerate our common progress.”

We are pleased to announce that, as from next season, @bancosantander will be back with us as a team Premium Partner. We can’t wait! https://t.co/wmou3eeVn6#essereFerrari 🔴 pic.twitter.com/ea2iHRHm2F

Ferrari has signed a multi-year accord with Swiss technology firm Velas Network to create digital content for its fans, the luxury sports car maker said on Monday.

From next season, Velas, a provider of digital products and services, will become a partner of Ferrari’s Formula 1 racing team.

“In addition, Velas will be Title Sponsor of the Ferrari Esports Series, the online mono-brand series of the Prancing Horse, and of the Esports team that will compete in the F1 Esports Series, the official digital championship competed in by all teams participating in the FIA Formula 1 World Championship,” Ferrari said in a statement.

Ferrari team principal Mattia Binotto said: “We are pleased to start this collaboration with Velas Network AG, a company that makes innovation and performance the hallmark of technologically advanced products and services: these are all values that unite us and that led us to choose Velas as one of our Premium Partner.”

Velas is a leading provider of blockchain technology and non-fungible tokens (NFTs), cryptographic assets stored on a blockchain which have an identification code that makes them unique and have gained popularity as a way to sell digital art.

Farhad Shagulyamov, CEO co-founder, Velas Network AG commented: “Having built a next-generation blockchain that puts the emphasis both on sustainability and performance, it was natural to partner with another icon of excellence, which is Ferrari. Velas has introduced an innovative variety of pioneering technology into the blockchain and associated products, which will now be showcased at the pinnacle of motorsport.”

Scuderia Ferrari is glad to announce that, from next season, will be able to count on a new Premium Partner – Velas Network AG.