Reader Rights: Lewis should refuse to race in 2022 unless… 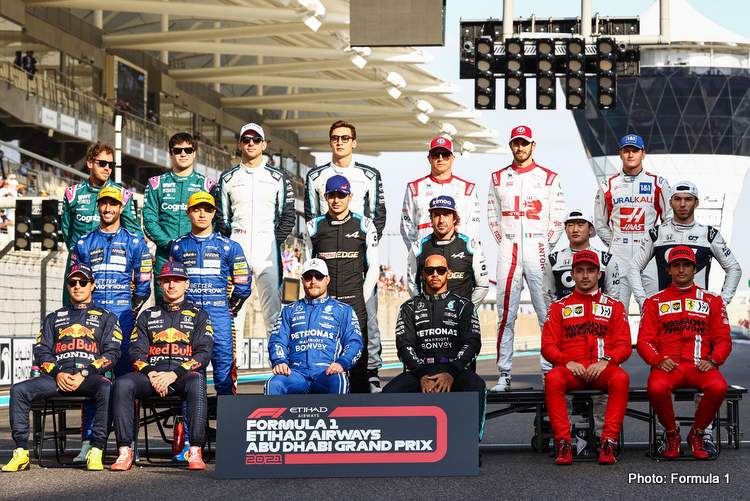 Taking the season as a whole, there is no doubt that Max is a deserving Championship winner. I personally don’t like his dubious on-track tactics or his oafishness, but these views matter little.

Similarly, with an eighth consecutive WCC, Mercedes deserves to be recognized as the greatest team in F1 history. Toto not so much, Christian decided to continue developing his 2021 car, Toto decided not to. This decision hindered Lewis in his quest for an 8th WDC and Toto has no idea if his gamble will pay off in 2022.

It’s all about Netflix

Some combination of Liberty/FIA/Masi conspired to create an end-of-race spectacle in Abu Dhabi. It is probable that Netflix was the motivation behind this – with new and exciting TV footage to show, Netflix can continue to attract a new, younger audience to F1. However, it all went horribly wrong, Masi and his masters made a total mess of it.

How much better it would have been to red flag the race and have a 5-lap championship dash. All the cars would have been on fresh rubber, on the same lap, in the right order. Nobody could claim there was a conspiracy to deny Lewis his 8th title.

Nobody could claim Max’s first championship win is tainted by Masi’s decision to let only the cars between Max and Lewis un-lap themselves.

It is laughable that those in charge of improving the sport actually managed to turn a season of close, hard racing into a last-race championship fiasco.

It is now clear that the rule book is no longer fit for purpose. We are in an era where the idea of any code of conduct among racers has gone, as have any “gentlemen’s agreements”. With safety levels being so much higher than they were, today’s drivers will take any risk they can to try and steal an advantage.

The FIA in particular must recognize this, it is obvious that the sport urgently needs rules that are clear-cut, black and white no gray. The FIA must stop the stewards and/or the race director from being able to twist how the rules are applied.

Lewis is F1’s only global super-star, he should use the considerable leverage he has. In his mind, the rules were bent so as to deliberately deny him his 8th Title.

He should refuse to race in 2022 unless all the obvious ambiguities in the rules are removed. Masi must not be allowed to decide the outcome of next year’s Championship.

Lewis does not need an eighth Title as much as F1 needs the audience he brings to the sport. Lewis should lobby the other drivers and together they can insist on the immediate implementation of the much-needed rule changes.

My hope for 2022 is a season where the drivers’ race under rules that are both clear and fair. It would be great to see Max and Lewis fight on a truly level playing field. But I fear neither Liberty nor the FIA will give up their absolute control over race and Championship outcomes. So much so, if Lewis did make these demands, they would probably tell him to sod off.