Would Mercedes have won in court? 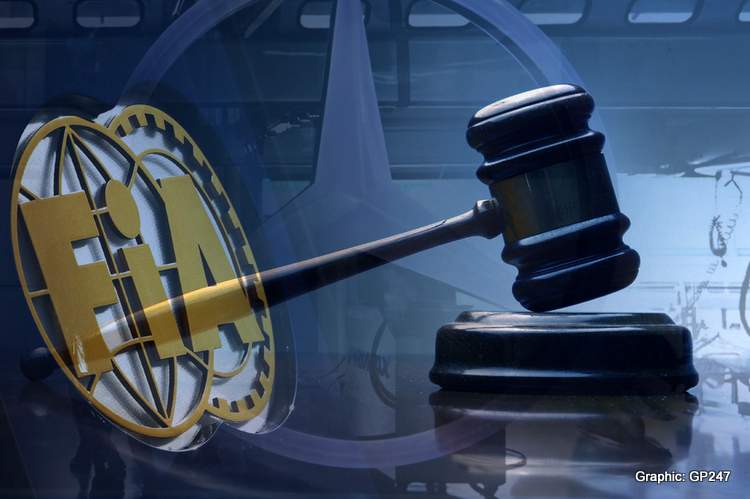 Mercedes announced on Thursday that they will not see their appeal through, but had they pursued it, would they have won? Grandprix247 offers some insight with help from legal eagles.

As a result, the outcome of the 2021 Formula 1 season remains unchanged, Max Verstappen is the 2021 F1 World Champion, and Mercedes claimed a record-breaking eighth consecutive F1 Constructors’ Championship.

But the aftermath of the Abu Dhabi Grand Prix, the 2021 F1 Season Finale, is still raising questions and suspicions, as to the way the Championship was decided.

The FIA has revealed that “a detailed analysis and clarification exercise for the future” has been launched, with Mercedes responding after they announced their appeal withdrawal that: “Thus, we welcome the decision by the FIA to install a commission to thoroughly analyse what happened in Abu Dhabi and to improve the robustness of rules, governance and decision making in Formula 1.

“We also welcome that they have invited the teams and drivers to take part. The Mercedes-AMG Petronas team will actively work with this commission to build a better Formula 1 – for every team and every fan who loves this sport as much as we do.

“We will hold the FIA accountable for this process and we hereby withdraw our appeal,” Mercedes wrote in a statement released yesterday.

In an effort to bring some clarity to our readers on the subject, Grandprix247 has solicited some legal advice from JMW Soliciters’ Head of Sports Law, Stephen Taylor Heath, as the FIA since Sunday’s controversial decision-making, said the lobbying of the Race Director will stop next year.

“The rules of Formula 1 are inherently unfair in the way they deal with an accident,” he said. “In any sport where the outcome can turn on the discretion of a human-being applying the rules you will get unfairness.

Taylor Heath added: “The FIA justification for Mr. Masi’s conduct is that he actually has discretion whether to apply the rules or not and to vary them if he wishes. Needless to say that has raised eyebrows.

“What needs to be established in any appeal is whether Mr. Masi knew a rule but chose not to apply it or whether he believed he had (erroneously or otherwise) discretion to vary the rules in real time as he adapted to the circumstances.

“Formula 1 like many sports sets its own sporting regulations that the courts are reticent to interfere in. The key concern however is independence and conflicting interests that self-regulation can impose.

“Regulation of a sport should be administered by a body entirely independent of the governing body where that governing body is also a key commercial rights holder in that sport.”

Would Mercedes have won the appeal?

That probably is the million-dollar question after Mercedes announced that they withdrew their appeal, as Mercedes Team Principal Toto Wolff was asked by The Race if they expected to win.

Wolff responded: “We believe we had a very strong case and if you look at it from the legal side if it would have been judged in a regular court, it was almost guaranteed that we would have won.”

With Mercedes appealing to the FIA’s International Court of Appeal, Wolff explained: “The problem with the ICA is the way it’s structured.

“The FIA can’t really mark their own homework and there is a difference between being right and obtaining justice,” he claimed, suggesting that despite “potentially” being right, Mercedes would not have been able to reverse the result.

What the lawyers say

Grandprix247 posed the same question – regarding Mercedes’ chances of winning the appeal – to Stephen Taylor Heath, Head of Sports Law at JMW Solicitors.

“The FIA Regulations deal with the process for Protest and an Appeal,” he began. “The hearing on the evening of the Grand Prix was a Protest . Mercedes are considering whether to Appeal.”

Taylor Heath went on: “They will be weighing up legal advice but also commercial considerations as any appeal means dragging the issue out potentially tarnishing the integrity of the sport and Mercedes/Hamilton’s sponsors. No doubt Hamilton has gained goodwill in the way he conducted himself in the aftermath.

“They will be appealing to the International Court of Appeal which whilst set up by FIA is intended to be ‘independent’.

“I would anticipate the advice they will be receiving is that there is strong merit in the argument Article 48.12 was not followed,” the Sports lawyer said. “The FIA statement admitted as much.”

“Perhaps arguably if safety concerns dictate but it cannot be argued that was the circumstances here as it was clearly the fact the race had only one lap left that was the reason for not allowing all cars to pass.

“Accordingly you would expect the panel of the Court of Appeal made up of esteemed legal minds would agree that FIA has incorrectly applied their own Regulations.

“There is a significant difference between a protest that an official has been incompetent in the way they have exercised their judgment or simply failed to apply a rule and an allegation an official has willfully and knowingly not applied a rule.”

“The problem for Mercedes and with any appeal of this nature is in seeking a retrospective sanction that alters the outcome of the race and the championship,” the lawyer pointed out.

“You have to consider all the variables as all the cars in the race were affected by the decision not just Hamilton as the other drivers have commented.

“In the FIA statement they said to grant Mercedes protest would be to expunge the last lap of the race.

“I do not agree here as clearly if the rule had been followed the only outcome would have been Hamilton winning behind the safety car unless he broke down in that final lap which has negligible probability.

“Had there been two laps left and rule 48.12 been correctly applied the outcome would have been the same as Verstappen would have been behind Hamilton for the final lap.

“Accordingly the only common sense conclusion you would expect the Appeal panel to come to is that Mr Masi did not apply rule 48.12 properly because it was the penultimate lap which cannot be proper justification,” Taylor Heath claimed.

Finally, what can we make of all this?

“In conclusion, Mercedes might win the battle of obtaining a finding the regulations were wrongly applied but may not achieve the desired remedial outcome,” the Head of Sports Law at JMW Solicitors said.

However, he pointed out another aspect of the situation: “The bigger picture is that presumably, the commercial effect of this is that Mercedes and Lewis Hamilton will miss out on bonuses from their sponsors and whilst the intention is to keep all disputes ‘in house’ their lawyers may be looking at potential damages claims against FIA for their commercial loss.”

So in short, it seems that the legal opinion is aligned with what Mercedes have said, which is; that they might have proven that Michael Masi has erred on Sunday’s F1 finale in Abu Dhabi, but the result of the race, and consequently the championship would not have been overturned.

What Mercedes failed to mention, but was highlighted by the legal opinion is the impact of the appeal process as well on the commercial/sponsorship side, with all the publicity potentially affecting the team’s image as well as its sponsors’.

Had the roles been reversed would Red Bull do the same thing their rivals did?

But then who’s to say – had Masi followed the letter of the rules in article 48.12 on lap 57, ending the race under the Safety Car – that Red Bull wouldn’t have been aggrieved, hence applying the same rationale as Mercedes to prove the FIA and Masi wrong, claiming there were no safety grounds to keep the SC deployed?

Red Bull could have also protested against Masi and the Stewards’ reluctance to ask Hamilton to give first place to Verstappen after the first lap incident when the Briton took to the run-off area keeping his lead.

In all cases, winning also won’t be ensuring justice. It was a damned if you do and damned if you don’t corner Masi was painted into by the circumstances that led to what we saw in Abu Dhabi.

The fact remains that we should be celebrating the two top F1 drivers of their respective generations right now,  Verstappen the worthy Champion, and Hamilton so gracious in defeat. They and we, F1 fans, deserved better.

Instead, we are arguing about the rules…

Note I: If there are legal opinions that differ to the above by Stephen Taylor Heath we would welcome feedback.
Note II: For more details on the clauses of the FIA rules referenced in this article please go here.