Mercedes: Max and Red Bull, we congratulate you it was epic 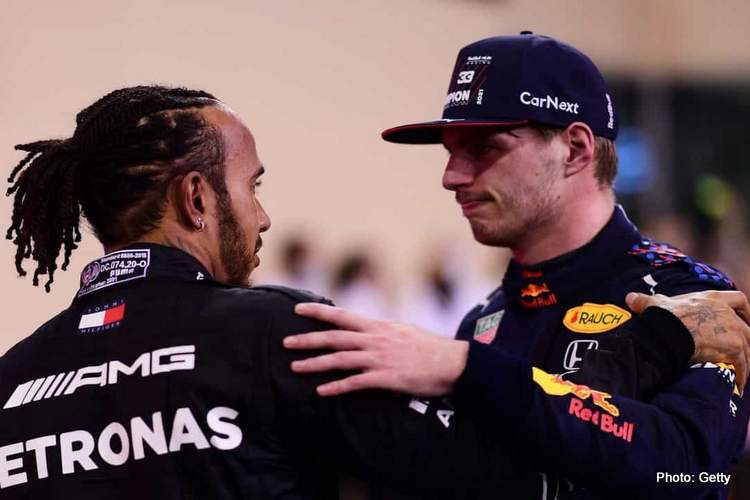 Mercedes congratulated their rivals Max Verstappen and Red Bull for winning the 2021 Formula 1 World Championship for drivers, in the wake of a contentious season finale Abu Dhabi Grand Prix.

The World Champions, having secured an eighth consecutive F1 Title on Sunday night, were highly aggrieved by the manner in how the title battle between their star Sir Lewis Hamilton and Verstappen was settled in what was billed as a Clash of the Titans in F1’s Race of the Century.

It was not that, as we all know, but that did not stop Mercedes from breaking three days of media silence post a hectic night at Yas Marina.

This is what Mercedes wrote to their rivals today: “To Max Verstappen and Red Bull Racing, We would like to express our sincere respect for your achievements this season.

“You made this Formula 1 Championship title fight truly epic. Max, we congratulate you and your entire team. We look forward to taking the fight to you on the track next season.”

Lewis, you are the greatest racer in the history of Formula 1

The team added: “And lastly, even though this Drivers’ Championship did not end the way we hoped, we could not be prouder of our team.

“Lewis, you are the greatest racer in the history of Formula 1 and you drove your heart out for every lap of this incredible season. You’re a flawless sportsman on and off the track and you delivered a faultless performance.

“As a pure competitor and as a role model for millions around the world, we salute you,” Mercedes added; as with defeat Hamilton was denied a record-breaking eighth F1 Title.

Thank you Valtteri for your remarkable contribution to Mercedes motorsport history

The statement went on to thank Valtteri Bottas, their wingman, who departs to Alfa Romeo after five years with the World Champions – each year he contributed to their success: “Valtteri, you have been such an important part of this team, delivering five Constructors’ Championships in five seasons.

“Thank you for your remarkable contribution to our motorsport history. Kiitos, Valtteri.”

“Finally, to every one of the skilled and passionate women and men of the Mercedes-AMG Petronas F1 Team in Brackley and High Performance Powertrains in Brixworth: you’ve written an historic chapter in the Silver Arrow story by winning the eighth Constructors’ Championship – in a row. This is an unprecedented achievement. In simple words: it’s awesome. You are awesome.”