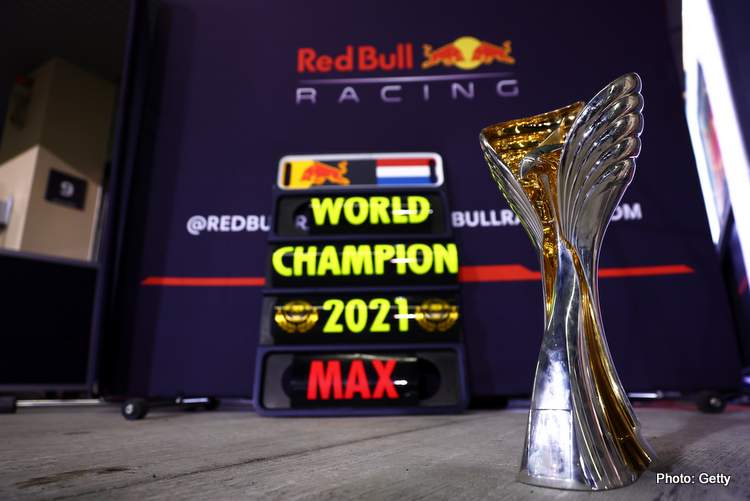 The Flying Finn, was writing his opinion on the 2021 F1 season finale in his Unibet Column, where he admitted that it was ” incredible to see the World Championship decided on the last lap of the last race”, while insisting that “We will be talking about this for a long time!”, referring to the debatable manner in which the fight between Lewis Hamilton and Max Verstappen unraveled.

The start of the race

“After Lewis made such a fantastic start from P2 on the grid and took control of the race I really thought we were going to see a predictable victory and an 8th title,” Hakkinen said.

“Never mind that Max tried that big move on the first lap, a move that would have resulted in an accident except that Lewis had the option of using the run-off.

“As I have said before, you should overtake using speed, skill and precision, not by driving your rival off the track,” he insisted.

Hakkinen believes that Verstappen had a “significant advantage” after the Safety Car period caused by Nicholas Latifi’s lap 53 crash, the Dutchman being on “fresh, soft compound tyres”, with Hamilton being on “heavily used hards” towards the end of the race.

“The overtake was inevitable, even though Lewis defended as best he could,” he said. “Max did what he needed to do, winning the race and claiming the championship.

“Max Verstappen and Lewis Hamilton both looked totally shocked, though their words after the race were great to hear.

“Perfect ambassadors for the sport,” Hakkinen said in praise.

The Finn then went on the address the most controversial aspect of the Abu Dhabi GP, which was the way Race Director Michael Masi handled the Safety Car period, claiming the Australian prevented an anticlimax in the way he handled matters.

Hakkinen wrote: “Was Race Director Michael Masi right to speed up the end of the Safety Car period, letting the cars between Max and Lewis unlap themselves and setting up a race over one lap?

“I think it would have been much worse if this World Championship had finished behind a Safety Car.

“That really would have been such an anticlimax,” he pointed out.

“The Race Director’s decision, later supported by the four Stewards, is based on his understanding of the rules including his responsibility for deciding when the Safety Car returns to the pits.

“Balancing decisions between ensuring safety and promoting racing is the toughest job facing the Race Director,” the ex-McLaren racer revealed.

“Looking at the result, in terms of safety and promoting racing, Michael did his job,” he went on.

“If Mercedes decides to protest the result of the race, and the World Championship for Drivers, the decisions which were made and the way the rules were applied will be examined in detail.

“I don’t believe the results will change,” Hakkinen claimed.

Max and Lewis are both Champion drivers.

“I think Red Bull Honda did a really fantastic job to take the fight to Mercedes this year and Max’s World Championship is deserved,” Hakkinen mused.

“Lewis missed out on an extraordinary 8th title by the smallest of margins.

“I think the fact that he and Valtteri Bottas won the Constructors Championship provides some balance. The largest slice of the prize money will also help.

“This was the closest possible fight, a season which seemed to be going Red Bull’s way until Lewis began his push towards the end of the season,” he explained.

“His victories in Brazil, Qatar and Saudi Arabia showed why he is such a star.

“I believe he really lifted the team,” the 53-year-old revealed.

Sergio Perez was tasked with slowing down Hamilton during the race, to allow Verstappen to catch up with the Briton, something the Mexican executed perfectly, with Verstappen calling him “such a legend” over the team radio.

Hakkinen weighed in on the Red Bull’s wingman performance saying: “Sergio ‘Checo’ Perez did the perfect job to support Max Verstappen in the race, staying out of the pits long enough to delay Lewis by around 7 seconds and come back at him with a fantastic overtaking manoeuvre to repass the World Champion.

“I love seeing that commitment, wheel to wheel racing, and it again showed why Checo was such a great choice to partner Max,” he admitted.

Hakkinen didn’t neglect some other highlights of the race, not related to the title rivals, labeling Carlos Sainz’s podium “a really great performance” insisting the Spaniard is “strong, talented and committed”, going on to claim that his former team, McLaren, delivered a “brilliant turnaround in performance over the last four years” as he predicted: “The future is very bright for them, and think it is equally bright for Formula 1.”