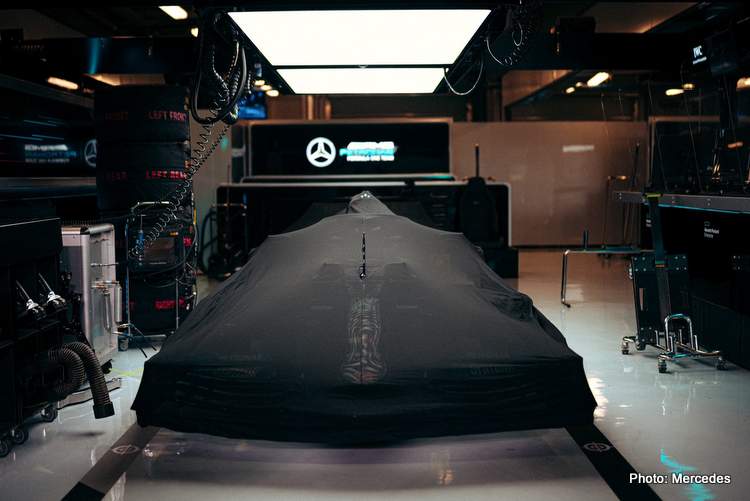 Mercedes team boss Toto Wolff conceded that they were well beaten by 2021 Formula 1 Title counterparts Red Bull, on a day in which Max Verstappen took pole position, ahead of rival Lewis Hamilton, for the Championship-deciding finale Abu Dhabi Grand Prix.

Good teamwork and quick thinking coupled to Verstappen’s genius, has given the Dutchman the upper-hand for the start of the race, but Mercedes will be starting their cars on Pirelli medium tyres while Verstappen and teammate Sergio Perez are on the softs after Max flat-spotted his mediums in Q2.

Nevertheless, he pulled out all the stops to secure a vital top spot start for the race at Yas Marina Circuit today, even impressing Hamilton on the night.

Mercedes are hence on the back foot as Valtteri Bottas was only good for sixth on the grid for his final race with the World Champs.

Wolff said in the team’s Saturday media report: “On days like this, you have to take it like it is, it’s 1-0 to them, they got the tyres in the perfect window in the last run, the tow functioned flawlessly and that’s why they are on pole.

“I’m happy we’ll be starting on the Medium tyre. We will have a slight disadvantage on the start I guess, and the first six or seven laps, but we can go longer, or also go for an aggressive undercut and try to control track position.

“Overnight we’ll be running lots of programmes and algorithms to help form our strategy for the race,” added Wolff.

Hamilton was not particularly aggrieved that he was second, in fact, he was beaming as if he had scored pole when in parc ferme being interviewed and when greeting fans in the pitlane and across on the main grandstand.

Wolff continued: “The pace was there in practice, obviously on the long runs you don’t know, but whichever car is faster on Sunday will win the race. We just need to focus on that, recoup and then hopefully come out on top. We are on the back foot and sometimes that’s not bad as a starting point.

“Lewis will be super motivated for and just go hunting, as always. For Valtteri, the gap between P3 and P6 was all within a tenth so it’s unfortunate he’ll be starting in that gaggle but he just needs to make it through the first lap or two, and get back up,” lamented Wolff.

Hamilton is tied for points with Verstappen after 21 intense rounds while Mercedes lead the constructors’ championship race by 28 points and barring a catastrophe from them are likely to wrap up the title for eighth time in a row.

The Mercedes team boss comparing the Red Bull boss to a man driving the wrong way down an autobahn.

Horner on Friday framed the battle between his Dutch driver Max Verstappen and Wolff’s seven-times World Champion Lewis Hamilton as pitting a ‘young lad’ against a “Mercedes media machine” that depicted him as ‘Mad Max’.

Wolff, an Austrian, said he was reminded of a joke about the caller who rang a radio station after an alert warned of someone driving down the autobahn against the traffic.

“One? There’s hundreds of them,” said the caller. “So I think it’s the media machine or its everybody who commented on the driving and was pretty much of the same opinion.”

Verstappen, level on points with Hamilton but ahead 9-8 on race wins, goes into the final race of the season on pole position.

There have been concerns in the build-up that the title could be decided by a collision between the two contenders, who have come together three times already this season.

We’re at the tail end of a truly unforgettable season

The Verstappen-Hamilton rivalry will surely go down as one of the most talented, iconic and fierce in F1 history 🤩#AbuDhabiGP 🇦🇪 #F1 pic.twitter.com/3QeyI7ZbIL