Rosberg: Lewis and Max will be on the edge of their seats 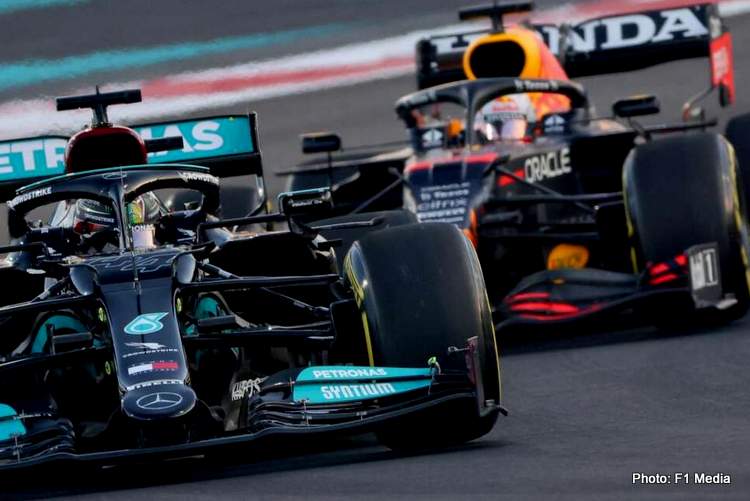 Nico Rosberg, the last driver to take Lewis Hamilton all the way and win a Formula 1 title battle, knows what the Briton and Red Bull rival Max Verstappen are going through in Abu Dhabi this weekend.

Even if they manage to keep a lid on emotions, the retired 2016 world champion was sure both would be feeling huge pressure.

“I was in such a title battle in 2016 and it’s a lot, just the intensity. The nerves,” Rosberg, then Hamilton’s teammate at dominant Mercedes, told Sky Sports television on Saturday.

“Someone like Max, from outside sometimes you think ‘This guy doesn’t even get nervous’ but that’s not true. Inside we’re still all humans … and both of them will be on the edge of their seats this weekend.”

Rosberg, who retired days after taking the title in Abu Dhabi, said sleeping in the days before the showdown was “an absolute disaster.

“It was like two, maximum three, hours per night. I couldn’t even eat properly. The food wouldn’t go down. So I had to revert back to my childhood food which was Frosties and milk.

“That was the only thing that would go down. And it’s all these troubles that you are then fighting throughout the weekend, you just have to try and spare the energy to when it matters,” explained Rosberg.

Hamilton and Verstappen are locked in a generational battle

The 36-year-old Mercedes driver chasing a record eighth crown while the Dutch 24-year-old is seeking his first.

The pair have collided three times already and are level on points going into the final race — only the second time that has happened and first since 1974 — with Verstappen 9-8 ahead on wins.

Social media is going full throttle with fans of each driver arguing over every twist and turn of the championship.

Rosberg felt his former teammate would come out on top ultimately “Lewis is on fire, he has such great form, winning three (races) in a row and he’s brought it into free practice here. You kind of feel he has to be a little bit the favourite at the moment.”

The German said Hamilton was also effective at playing the media, with Red Bull boss Christian Horner on Friday casting the battle between the two contenders as Max versus the Mercedes machine.

We’re at the tail end of a truly unforgettable season

The Verstappen-Hamilton rivalry will surely go down as one of the most talented, iconic and fierce in F1 history 🤩#AbuDhabiGP 🇦🇪 #F1 pic.twitter.com/3QeyI7ZbIL

“The media game is something you have to play if you want to win a world championship. It’s always like that because the media has such a power, even internally in the team,” said Rosberg.

“Lewis is very, very good at that. His latest strategy has been to stay out of things, stay very low profile and just let the attention and pressure build on Max’s shoulders. And that has worked very well.

“Christian has to try and do what he can because for young Max it’s the first time he’s in a championship fight. It’s a big ask, against one of the greatest of all time.”

On Saturday, at Yas Marina Circuit, after watching Verstappen qualify on pole for the most important race of his career, Rosberg was enchanted: “This guy just delivered something magical. That’s it. It just comes down to that.

“As Max said, the interesting thing is he didn’t want to be on the soft for tomorrow. That’s what keeps it full of suspense. The race is on!

“Having Lewis behind on a tyre that’s better over a certain stint is not the thing you want to have when you’re fighting for a championship. The pressure on Verstappen in the race in the first stint, it’s going to be good,” predicted Rosberg. (Reporting by Alan Baldwin)

After 21 races, nothing splits Max Verstappen and Lewis Hamilton

Who will be crowned champion of the world on Sunday? 🏆#AbuDhabiGP | #F1 | #HistoryAwaits pic.twitter.com/UqOjuXEpQQ