Wolff: All or nothing for the season finale 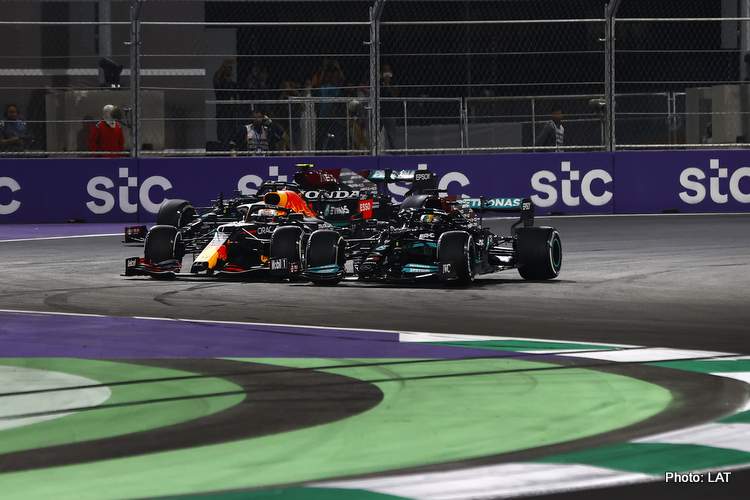 It seems that the Formula 1 community will have to endure one more nail-biter of a race in Abu Dhabi this weekend, after the nerve wrecking Saudi Arabia Grand Prix, Toto Wolff admitting Mercedes will be going for all or nothing in the season finale.

Much has been written of last weekend’s race at the brand new Jeddah Corniche Circuit, and what went down as a hectic race with endless controversies.

But the fact remains that, the two Title Contenders, Lewis Hamilton and Max Verstappen, go into this weekend’s season finale in Abu Dhabi, equal on points with Verstappen having the slight edge of having nine wins compared to Hamilton’s eight.

This means that Hamilton will have to outscore his rival to secure a record-breaking eighth F1 Crown, while Verstappen can become Champion for the first time in his career if he beats the Briton, or even if they both DNF.

Which sets the stage for an interesting season finale, or as Toto Wolff dubbed it in his pre-race team preview: “Intense”.

Wolff said in his team’s media brief: “The final race will be intense, but it’s important to not get distracted, to just keep our heads down, our feet on the ground and bring the performance that we had last time out.

“We’re grateful to still be in this fight,” the Austrian admitted, as before Hamilton’s sequence of wins starting Brazil and up to Saudi Arabia, Verstappen and Red Bull were looking good to runaway with the Title this year.

“The fact that both championships will be decided at the season finale proves just how hard both sides have been challenging each other and pushing each other forward,” the Mercedes boss went on.

“We’re also relishing the challenges of racing in Abu Dhabi this weekend, at a circuit that has gone through quite a few changes since we last raced there,” Wolff explained.

“There are new sections of track to understand and that really is a step into the unknown for everyone.

“So, it’s going to be another exciting weekend!” Wolff concluded

Mercedes have increased their lead in the Constructors’ Standings over Red Bull to 28 points after Jeddah’s race, courtesy of Hamilton’s win and Valtteri Bottas’ third place, compared to a second place from Verstappen and a DNF for Sergio Perez, with Red Bull’s Christian Horner admitting his team “needs a miracle” to win the Constructors’ Championship.

But the same doesn’t apply for the Drivers’ Championship, which will make the 2021 Abu Dhabi Grand Prix this weekend, that more intriguing, as the F1 world will finally find out which tactics both Title rivals and their teams will employ in their quest for supremacy, noting that they haven’t spared any up to now in their Championship battle of the ages.