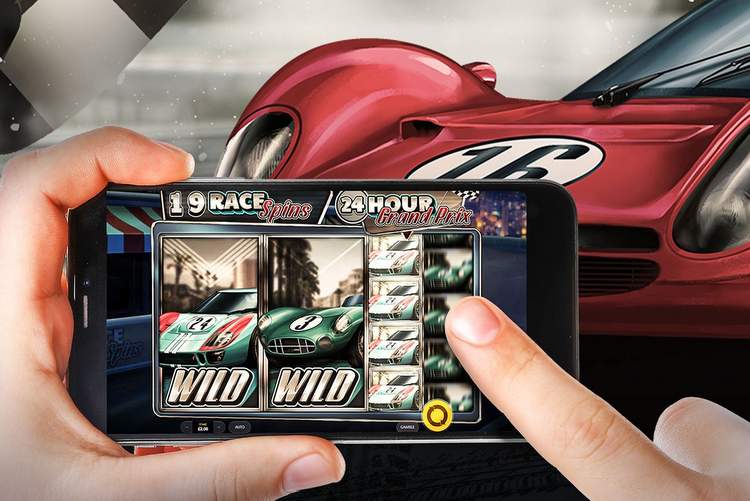 It’s safe to say that India’s growing population also has a growing taste in global entertainment. In 2018, the number of Formula 1 fans in the country had skyrocketed after races had been broadcasted on Hotstar and Star Sports.

Roughly two years ago, F1 released a demographic breakdown of their 1.9 billion-member audience base. India was a highlighted rising market, with over 31 million recorded fans.

In recent years, the market of online betting in India has grown, as well. All popular and competitive sports and sporting events have associated games to them, and motorsports are no exception. Here are some games that you should try out if you are a lover of both casino games and motorsports.

24 Hour Grand Prix Slot is one of the most popular motorsport online gambling games in India. The 24 Hour Grand Prix slot machine has six reels, four rows, and thirty pay lines. Starting on reel 1, all wins are created by landing 3, 4, 5, or 6 matching symbols from left to right on subsequent reels.

Stakes range from 10p to 4000 INR per spin, so it’s suitable for all budgets. You can pick between 20 and 100 auto-spins with the Auto button.

Before you start spinning

You can set loss limits and have the auto-play stop when you win a certain sum. When the Race Reels function is used, the autoplay can also be turned off.

The RTP for the 24 Hour Grand Prix is 95.73 percent, which is somewhat less than the 96 percent average for online slots. With a medium to high variance, you might expect to win regularly.

The maximum payoff per spin is 2,166 times your total wager. Keep your eyes peeled for Super Wilds. You can form a 2×4 Super Wild when you load two adjacent reels with the same high-paying symbol.

Symbol Wins, which resemble the high-paying symbols but have the word ‘wild’ added at the bottom of the image, can also appear on the reels. These can be used to replace any payment symbol.

Put your money on the race’s fastest car and prepare for an adrenaline rush with the game we’re about to show you. The game includes all of the traditional aspects of a decent slot machine, as well as some additional surprises that will keep you on the edge of your seat the entire time.

Crazy Cars has excellent graphics and smooth movements all across the screen, which contribute to a unique and enjoyable gameplay experience. With just one look at Crazy Cars, it’s clear that the game will be fast and furious.

The game matrix has only 5 reels and 5 pay lines, which isn’t much for a modern slot game. You trigger cash rewards by landing particular symbol combinations on activated paylines. You can cash out your winnings right away.

Before you start spinning the reels, decide how much you want to bet and which paylines you want to use. Each victory unlocks a simple mini-game that you can play at your leisure.

If you want to play, you must correctly guess the color of a concealed card to double your prize or lose everything. Keep in mind that the more money you spend on the reels, the bigger the payouts you’ll get.

Make use of the wager max button if you’re feeling particularly lucky; it will automatically place the maximum possible bet on the next spin.