Max Verstappen born and bred to be F1 World Champion 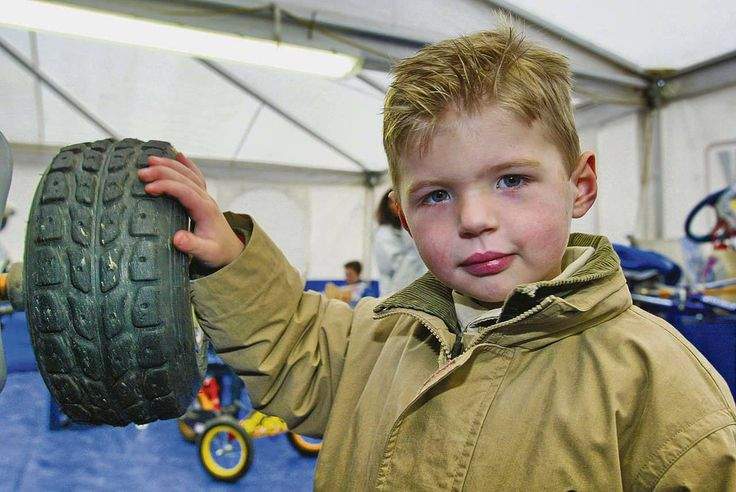 Formula 1 Title contender Max Verstappen was born to race, hailed as a future World Champion even before he made history as a 17-year-old rookie back in 2015.

The 24-year-old Red Bull driver is now one step away from that coronation as he prepares for Sunday’s season finale under the floodlights of Abu Dhabi’s Yas Marina circuit.

Level on points with Britain’s Lewis Hamilton, the Mercedes great who is chasing a record eighth title, Verstappen leads 9-8 on wins.

That means he will become the first Dutch World Champion by beating Hamilton or without scoring another point should the 36-year-old fail to finish in the top 10.

Belgian-born, Verstappen has been around the sport since he was a baby, on wheels almost as soon as he could walk and guided to grand prix greatness by the firm hand of father and former F1 racer Jos.

Verstappen senior took two podiums for Benetton in 1994 as a team mate to Michael Schumacher, and their families holidayed together.

“Together Jos and Sophie built a baby which had the right genes,” his former F3 team boss Frits van Amersfoort told the BBC. “And then after a while Max was programmed to be a race driver.”

Verstappen has set F1 records as the youngest driver, points scorer and race winner (at 18) and can become the first non-Mercedes driver to take the title since Sebastian Vettel with Red Bull in 2013.

“There’s always someone waiting to take my position. I’ve got that Max just sitting there waiting to take it,” he said in 2017 after securing his fourth title. “You’ve got for sure a potential world champion within Max and he’s only going to get stronger with age.”

That long-awaited battle of the generations became real this season as Red Bull and engine partner Honda finally provided Verstappen with the car his talents demanded.

While Verstappen and Hamilton are in a duel of their own, they are also poles apart

Where the Briton is involved in fashion, music and using his platform as Champion and F1’s sole Black driver to push for racial equality and diversity, Verstappen has fewer distractions.

“Favourite hobby? That’s a tricky one. Asides from F1, I do a lot of sim racing. I guess that’s a hobby,” Verstappen said at last weekend’s Saudi Arabian Grand Prix. “But in a way also not because I take it very seriously.”

Verstappen is uncompromising and aggressive, although more relaxed than his father was, a racer who gets everything out of the car but sometimes crosses a line – literally and figuratively.

Hamilton said in Jeddah he felt Verstappen raced as if the rules did not apply to him while former racer Martin Brundle was also concerned by some of his moves.

“Such is Max’s car control and cunning he’s sometimes able to pull off the audacious moves and leave a margin of doubt as to whether it’s hard racing or simply a professional foul outside of the regulations,” said the Sky TV commentator.

Horner said people did not give Verstappen enough credit: “Max drives like Tyson Fury fights. He’s got that same heart. You just know he’s going to give it everything and if you knock him down, he’s going to get back up. He’s got that burning desire, that all-out commitment.” (Reporting by Alan Baldwin)