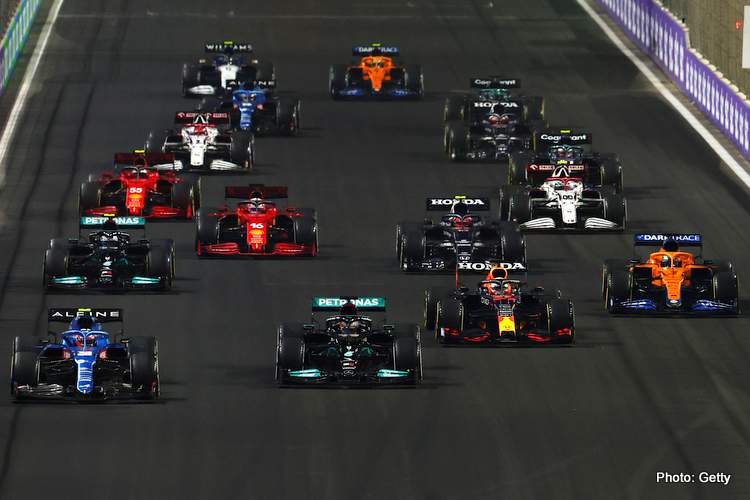 The Formula 1 Drivers’ Championship is going down to the very last race and while it is Max Verstappen that holds the slenderest of advantages over Lewis Hamilton, it’s the Brit that the bookies are favouring to see off his rival.

Hamilton has won each of the last three races and is level on points with Verstappen, but the latter would be World Champion if they finish the campaign with the same total because he has racked up more race victories than the seven-time title winner.

But Mercedes – who won every Abu Dhabi Grand Prix since 2014 until Verstappen’s triumph last year – appear to have the upper hand as far as pace is concerned and it’s understandable that Hamilton is as short as 1/2 to take the chequered flag.

The 36-year-old is a touch shorter than that to win the Drivers’ Championship – with some firms offering 2/5 with Verstappen at 7/4.

Red Bull’s Verstappen is 2/1 to win the race, and while it is likely that either man will actually need to win the race in order to secure the title, it is not beyond the realms of possibility that they make contact with one another and perhaps even rule themselves out, as was the case at Monza in September.

With that possibility in mind, some bettors might look at Valtteri Bottas at 16/1 as a decent long shot, especially if you claim one of the current betting promotions in the process.

The Finn, who snatched third place from Esteban Ocon on the final corner on Sunday, will represent Mercedes for the last time this weekend and is 4/7 to muster a podium finish which would help his team secure the Constructors Championship.

Abu Dhabi Grand Prix: Red Bull have a 28-point gap to make up on Mercedes

So it would realistically require a DNF from either Hamilton or Bottas for that to be a possibility.

Mercedes are 1/25 to see the job through, but stranger things have happened (at the Saudi Arabia Grand Prix alone) than a Red Bull fightback and title win which is priced at 10/1.

Behind the top two teams, Ferrari appear to have third place all but sewn up, but Charles Leclerc still has some work to do in order to stay ahead of Lando Norris in the Driver Standings.

The Monegasque driver has 158 points – four more than Norris – and is 2/7 to keep the McLaren youngster behind him and finish fifth for the season.

As always, the First Driver Retirement market throws up some interesting prices, and perhaps none more so than Hamilton at 20/1, who is 1/10 to be classified and 11/2 not to be.

It would be truly in keeping with this season if both he and Verstappen came together again at some point, and it could come as soon as turn one.