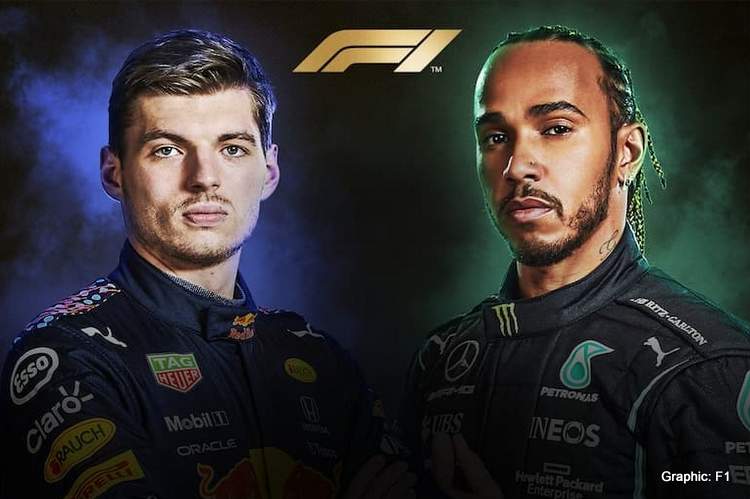 Verstappen and Hamilton are tied on points after a controversy packed Saudi Arabian Grand Prix and Ecclestone believes the pressure by Mercedes “psychological game-playing” has had a significant bearing on the Title race.

Ecclestone – who over several decades transformed the sport into a global multi-billion-dollar commercial giant – said Mercedes CEO Toto Wolff and Hamilton were “not playing fair.”

It certainly appears to have had an impact on the 24-year-old Dutch driver.

Back in July Verstappen had built up a 32-point lead but the momentum is now back at Mercedes with Hamilton driving like a man with an unprecedented eighth World Championship in his sights.

The Briton’s against-all-odds win in Brazil, his cruise in Qatar and last Sunday’s victory in Saudi Arabia means that for the first time since Emerson Fittipaldi and Clay Regazzoni in 1974 the title protagonists go into the closing race neck and neck.

“Max is a kid compared to Lewis and the worst thing is Lewis has a massive publicity campaign working for him,” Ecclestone told AFP by phone from his home in Ibiza.

“They have been pushing down all the time on Max and then the race directors have been looking in because Toto goes to the race director. Max has more than a race to confront as he has them too on his back because they are bullying him and not playing fair. It is psychological game playing.”

Ecclestone, 91, says if it comes down to mind games Hamilton is in the stronger position: “Max has had a few years of racing but has not had years in the streets like Lewis.

“It has built character and knowing he would win the race with Mercedes being the dominant force over the past few years has made him a much stronger character than Max.

“For Max, this season is the first one he has had a car capable of winning regularly whereas before it was nothing like competitive.”

Ecclestone hopes Sunday will produce a better race than the “club race” at Jeddah he watched this past Sunday – and he believes the winner will be whoever is luckiest of the two: “It is good for the sport. I think people have known full well in previous years who was going to win.

“But this has been an incredible year. This year it has been good to have something a little bit different. There is nothing wrong with Lewis, he has done the best he can but he has had a lot of help.”

Alain Prost was really and truly the best, Lewis would certainly be in the top five

“Fangio was in a position where he was lucky enough never having to stay with a team. The drivers had one-year contracts so they could move to the best team.

“I always thought Alain Prost was really and truly the best. He drove the car alone without any help. He had to look after everything during a race and he always had a driver in the other team car who was very, very competent.”

Ecclestone claimed that in the modern era the drivers are virtually robots: “Today all of them get a lot of help. To my mind the guy in the car when the lights go out should be on his own. Instead he has people from the pit lane or from the base in England or Italy telling them what to do.”

Nevertheless, Ecclestone is adamant that Hamilton would still figure high on the list of all-time champions: “If he does not win the championship it makes no difference. He would certainly be in the top five. He is still an extremely talented and very shrewd driver. If he turns to business he will be as shrewd.”

Contrasting emotions on the podium in Jeddah after @LewisHamilton emerged victorious in a titanic battle with Max Verstappen 🏆#SaudiArabianGP 🇸🇦 #F1 pic.twitter.com/PmCuFI7Nrt