Piastri to do Abu Dhabi Young Driver Test with Alpine 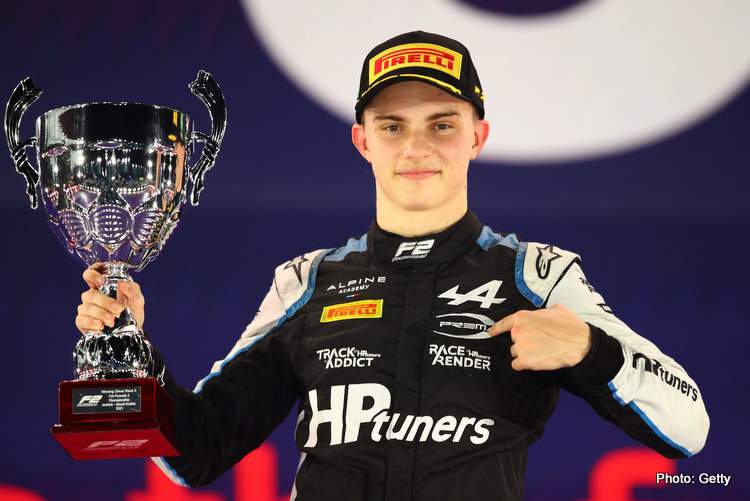 Alpine’s newly signed reserve Oscar Piastri will have his first official Formula 1 test next week in Abu Dhabi, and will be hoping to have the 2021 Formula 2 Championship Title on his CV.

The 20-year-old rising star will take part in the end-of-season young driver test at the Yas Marina Circuit with a day behind the wheel of the race-winning Alpine A521 car driven this season by Fernando Alonso and Esteban Ocon.

“I’m very excited to drive in the young driver test,” Piastri said. “It’s almost like my first official day in my new job for next year when I become the team’s reserve driver.

“Any day in an F1 car is pretty special but to drive the current one with other drivers on track in a somewhat competitive environment is very cool.”

Before his test, Piastri heads into this weekend’s final round of the F2 Title race holding a near unassailable 51.5-point lead over his Prema Racing teammate Robert Shwartzman.

Piastri extended his lead with a great performance at last weekend’s event in Saudi Arabia, including his third-straight feature race win to make it five victories in his rookie season.

A maximum of 65 points are available across qualifying and the three races in Abu Dhabi this weekend and if Piastri wins the title, it’ll be his third consecutive junior category title having also won the 2019 Formula Renault Eurocup Series and the 2020 F3 title.

Get ready for your first day in the #A521, @OscarPiastri!

Meanwhile, fellow F2 drivers Theo Pourchaire and Enzo Fittipaldi escaped serious injury in a Saudi Arabian race crash that put them in hospital at the weekend.

“I am very grateful that I only broke my heel and have some cuts and bruises,” Fittipaldi, grandson of Brazilian double Formula One world champion Emerson, said on Twitter

“I am very happy that Theo is OK. I will be back on track soon and faster than ever.”

The pair were transferred to by ambulance and helicopter in Jeddah on Sunday after the start-line crash during the Formula One support race.

French driver Pourchaire, 18, is a member of the Sauber academy and has tested with the Alfa Romeo team run by the Swiss outfit. He is fifth in the F2 standings.

Fittipaldi, 20, is a former member of Ferrari’s academy and finished seventh in Saturday’s F2 sprint race. (Reporting by Alan Baldwin)

🇺🇸 Hey guys, I am very grateful that I only broke my heel and have some cuts and bruises. Thank you all for the messages, as well as the FIA and medical staff for taking great care of me. I am very happy that Theo is ok. I will be back on track soon and faster than ever. 🙏 pic.twitter.com/3aLqaEQtgn