Jos Verstappen: I respect Hamilton as a driver, but the rest… nothing 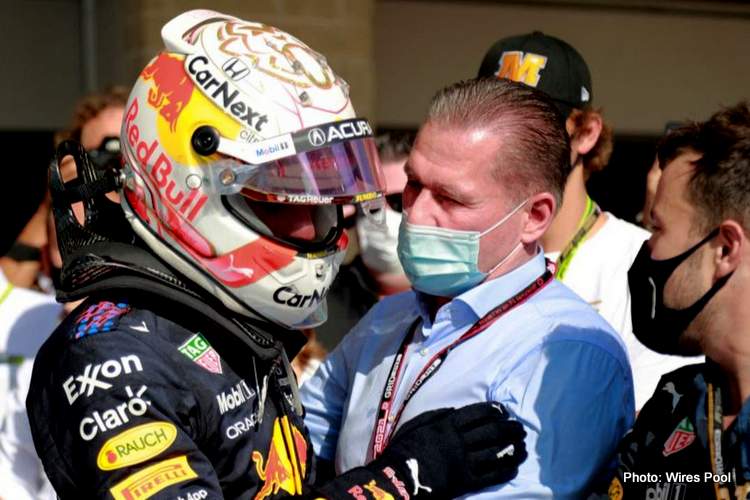 Max Verstappen’s father Jos has made his disdain for Lewis Hamilton public, although respecting the Briton as a driver, but that’s as far as it goes in yet another sideshow to this explosive battle to be 2021 Formula 1 World Champion.

Heading to a season finale the two contenders are level on points, Verstappen ahead by virtue of having nine wins to Hamilton’s eight. The ‘war’ heads for a final showdown this weekend and, on the evidence of an incredible Saudi Arabian Grand Prix, the gloves are off between the drivers, their bosses, their teams, and of course, family.

Jos’ role in getting his son to F1 is legendary, sacrificing his own career as a top-level race driver, Verstappen senior devoted his life to turning his son into what he is today, one of the finest drivers to ever set foot in an F1 car.

This weekend Hamilton has the chance to claim the biggest record of all, winning an unprecedented eighth F1 World Title, making him without argument the most successful driver in F1 history.

While Max, a decade younger than his rival, is looking to be an F1 World Champion for the first time, he scuppered his first chance in Jeddah last Sunday, but gets a second crack at it this Sunday at Yas Marina Circuit.

When I see Max with other drivers, I think they get on very well but with Lewis nothing

In young Verstappen’s corner will be his father, who ahead of this F1 Showdown of the Century, Verstappen senior opened up on their rival Hamilton and the fight for the title: “I never speak to Lewis. He doesn’t need to speak to me. I’m nothing to him. I respect him as a driver, but the rest… nothing.

“Max and Lewis only speak on the podium, very little. When I see Max with other drivers, I think they get on very well. But with Lewis nothing. Lewis is in his own world,” added Jos.

In his day, the older Verstappen was a respected driver, teammate to Michael Schumacher at Benetton and signed to spearhead a Honda return to the sport in early 2000, but the project was shelved.

He recalled his time in F1 and also the relationship he had with teammate Schumi at the time: “I did F1 — compared to Max I was nowhere — but I talk to some of the drivers and they are all very friendly, or just say hello or whatever. We are on the plane together many times, always the same group of drivers and we have a lot of fun.

“But there are ‘some’ drivers who don’t look at you, who look at the ground. Michael and I had a good relationship. We met socially too. He changed a little bit at the circuit, but he would still be friendly.”

“Lewis does it his own way, which you can’t say is wrong because he wins a lot. Yes, he has had teammates, but he has been in the right environment. He made the right decision to go to Mercedes and has had the fastest car for a long time. But he is good, for sure. I respect him as a driver. The rest…”

Jos schooled his son the hard way, through the tough world of karting, doing the ‘Verstappen-way’ which has resulted in the genius that is Max Verstappen in the cockpit of an F1 car.

No one knows his son better than this father, and of course, Jos is proud of his lad: “Max is how he is. Some people like it. Some people don’t. He says what he thinks but doesn’t get involved in political matters, such as what is happening in other countries, like Lewis does.

“Max sees it as a case of doing a job as a sportsman and leaving it at that. Everybody does it their way and that is Max’s way.”

Max and Lewis are embroiled in the tightest of F1 contests ever, equal on points with only the final Abu Dhabi Grand Prix, on Sunday to go, which is unwitnessed in the top flight ever since 1974.

And it’s been an epic 21-Round fight this far, with the balance of power shifting between sessions let alone races. What was a given last year, is not this time around. The form book has been tossed out of the window as Red Bull and Mercedes are as close as they have ever been with their cars.

Hence, crashes and incidents have pockmarked this season, with the pair colliding at Silverstone, Max smashing into the wall while Lewis survived the coming together to win the race. That one still hurts Jos who until then insists the relationship with Mercedes boss Toto Wolff was good.

But it is no longer so, revealed Jos: “It is not there anymore. I don’t like his attitude. I don’t like how he behaved, starting at Silverstone. One of the drivers [Max] was in hospital and they are on the podium celebrating as if they’ve won the world championship.

“I didn’t think Toto was like that but I learned about a different Wolff. We didn’t have any contact from him, any message or whatever. And to think he had spoken to us in the new year: I am not saying he was trying to bring Max over at that stage, but let’s say we had a good relationship before Silverstone.”

Which all but shuts out any prospect of Max going to Mercedes in the near future.

“Max is contracted until the end of 2023,” continued Jos. “I hope he can stay at Red Bull for the rest of his career. He is happy in this environment. We have good relations with Christian and Helmut.”

For the Verstappens to win their first F1 World Title on Sunday in Abu Dhabi, they will need to beat Lewis on the day no matter where they finish, while a DNF for both drivers means Max will be champion. And dad Jos, a very happy man.