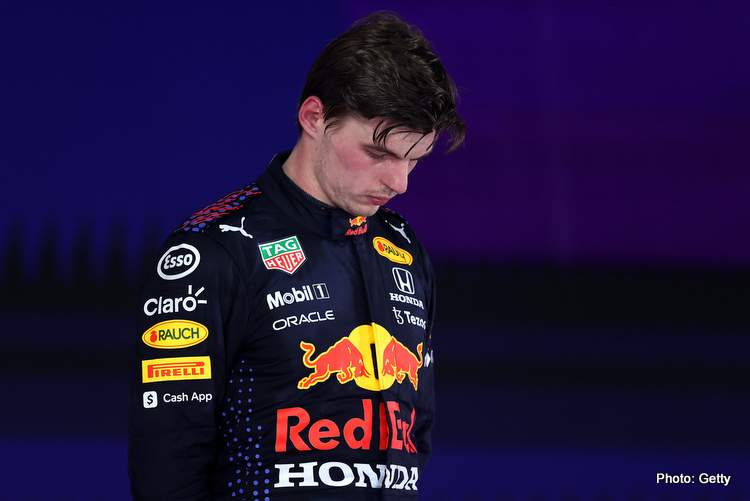 Red Bull were left huffing and puffing after a drama-packed and controversy littered Saudi Arabian Grand Prix, in which Lewis Hamilton and Max Verstappen were again at war, the latter coming off second-best.

Very second-best one could add as Verstappen led this epic Formula 1 title fight by 19 points after Mexico, but in the past three races – Sao Paulo, Qatar and Saudi last night – a resurgent Hamilton has eliminated the gap.

The warring duo go to the season finale in Abu Dhabi tied on points, the Red Bull driver ahead by virtue of having nine wins so far this season, with Hamilton on eight.

Thus the math is pretty simple heading to the finale in Abu Dhabi this weekend, whoever beats the other wins the title; or if they both don’t score, Max is Champion.

But before we get there, Red Bull will be grieving after the havoc on Sunday night, with their moaner-in-chief Helmut Marko crying foul despite their driver being penalized and reprimanded for his bull-in-a-china-shop tactics during the race.

After messing up his pole attempt during qualifying, on Saturday, the Dutch ace was taking no prisoners on Sunday; digging into his deep repertoire of tricks to try and unsettle Hamilton, but didn’t. Instead his actions on track rattled just about everyone else experiencing the spectacle, including FIA Race Director Michael Masi and his race stewards.

Dr. Marko: There was no brake test, that is nonsense!

Speaking to Red Bull-owned ServusTV immediately after the race, Marko fumed: “F1 rules say you can’t drive more than 10 car lengths behind! But, Hamilton did that and was, therefore, able to warm up his tyres more efficiently before the restart.

“We now want to prove that with data. Different rules seem to apply to different people,” insisted Marko.

During an explosive race, on a not yet suitable for F1 track, the two F1 Title contenders, easily the standout drivers of this era, employed every trick in the book to out-fox one another.

There were shenanigans from both sides, Hamilton more subtle than Verstappen whose dubious moves earned him a couple of penalties, five seconds during the race then ten seconds after it – and a reprimand from the Stewards.

Needless to say, Marko is fervently backing Verstappen: “We are looking for the facts, but I think we can prove with the data that Max did not do anything crazy or braked constantly. There was no brake test, that is nonsense!

“Hamilton didn’t assess the situation well and, because of that, we also had a cut in the rear tyre. It meant that Max could no longer push,” revealed Marko.

Unable to push as explained, and with fast-fading tyres, Verstappen let Hamilton by the final time on Lap 42 of the 50 lap race.

Settling for second place means that, after 21 rounds, this incredible Championship has reset itself, and it will be a case of may the best man win at Yas Marina.

However, on the evidence of Jeddah and in this era of perceived immortality, both have shown during this bitter campaign that it will be no surprise if this one is settled with a crash between Verstappen and Hamilton at the finale, which would be a shameful way to bring this F1 season for the ages to a close.

Mixed emotions from Max Verstappen after F1 fans vote him Driver Of The Day in Jeddah 🎧🗳#SaudiArabianGP 🇸🇦 #F1 pic.twitter.com/7IBOlb0jjK