Verstappen: This sport is more about penalties than racing 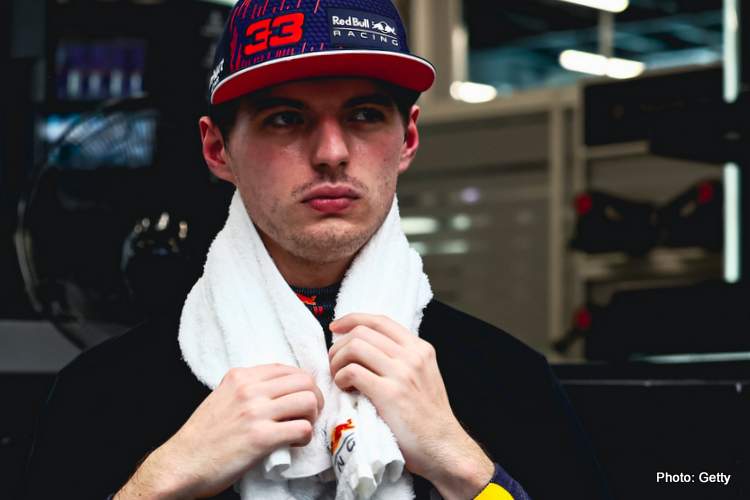 Max Verstappen was his own worst enemy during the Saudi Arabian Grand Prix weekend, a race he might have won but threw it away with a mistake in qualifying and, in the race on Sunday in which he received two penalties.

Dubious defensive driving tactics he used against winner Lewis Hamilton earned him two penalties which he did not agree with, claiming the sport is over-regulated.

However, it was plain dirty driving that earned him a five-second penalty – which included an instruction to relinquish the lead to title rival Hamilton – and forced him to settle for second place and watch his eight-point lead in the World Championship before the race in Saudi turn to zero after it.

He also received a second penalty after visiting the stewards after the race.

Speaking after an exhilarating night at Jeddah Corniche Circuit, Verstappen said: “There was definitely a lot of action today, a lot of things happened which I don’t fully agree with.

“I was told to give the position back, so I moved off the racing line and slowed down, Lewis just stayed behind me, I don’t understand why he didn’t pass. I don’t agree with the five-second penalty, but it is what it is and we’ll just move on.

“We didn’t have perfect pace in the race, so that’s something to work on looking ahead to Abu Dhabi. We’re on equal points now heading into the final race, it’s going to be an exciting end to the season.”

Despite his shenanigans, and despite spectators at the venue booing Verstappen, online fans showed their support by voting him ‘Driver of the Day’.

Although there was a slight chance Verstappen could’ve wrapped up the Title in Jeddah, now the finale in Abu Dhabi will decide who will be the 2021 Formula 1 World Champion.

Told of the vote, Verstappen replied: “Luckily the fans have a clear mind about racing. I’m just trying to race. This sport is more about penalties than racing. I’m pleased the fans enjoyed it and I gave it my all.”

Whatever the case, Red Bull were big losers on the day as things got worse when Sergio Perez was crashed into on the second restart.

The Mexican veteran reflected: “I ended up tangling with Charles, he clipped my rear tyre with his front right tyre. It was a bad moment for everyone but just a very unlucky one.

“It is just a big shame because we needed those points today. I stayed with the car out on track because we were trying to turn the engine back on, we thought we could restart it but it was a bit on the hot side so we had to retire.

“It was a very important race for the Team today so this one hurts a lot but there is hope for Abu Dhabi,” added Perez.

With Hamilton winning and Valtteri Bottas finishing third, Red Bull took a hammering in the Constructors’ Standings as Mercedes extended a five-point lead to 28 with one to go.

After the race stewards handed Verstappen a further 10-second penalty and two penalty points (taking him to a total of seven over the 12-month period) and stated: “At Turn 21 the driver of car 33 [Verstappen] was given the instruction to give back a position to car 44 [Hamilton] and was told by the team to do so ‘strategically’. Car 33 slowed significantly at Turn 26.

“However, it was obvious that neither driver wanted to take the lead prior to DRS detection line 3. The driver of Car 33 stated that he was wondering why Car 44 had not overtaken and the driver of Car 44 stated that, not having been aware at that stage that Car 33 was giving the position back, was unaware of the reason Car 33 was slowing.

“In deciding to penalise the driver of Car 33, the key point for the Stewards was that the driver of car 33 then braked suddenly (69 bar) and significantly, resulting in 2.4g deceleration.

Despite the extra penalty, Verstappen retains his second place, as third-placed Valtteri Bottas finished 17 seconds behind the Red Bull driver.