Horner: Anything can happen in this race 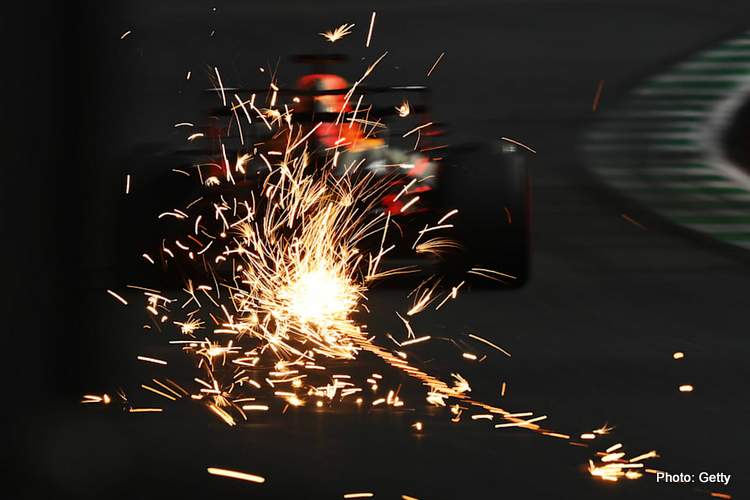 Firmly on the front foot until the last corner of Saudi Arabian Grand Prix qualifying, Max Verstappen’s Red Bull slapped the wall, denying him a certain pole position start and put him on the back foot yet again.

It was the kind of error that had ‘Max’ written all over it, well ahead after the first two sectors of his final flying lap, instead of banking on what he had, which was pole position, he went for the kill, and denied himself.

He will start third, gifting the top spot start to his title rival Lewis Hamilton.

The fine margins of this year’s contest coupled to the harsh reality of F1, instead of Verstappen’s mega-effort going down as “the lap of the year”, it might well go down as the “mistake of the year”.

The heat on that eight-point lead over Hamilton, in the Championship race, has ramped up substantially with two rounds remaining and this has turned it up another notch

The result obviously concerns Horner who has seen Verstappen’s lead of 19 points, before Brazil, slashed to eight points with two races to go. Mercedes clearly have had the momentum but last night under floodlights, the Red Bull shone and appeared to have the answers until Verstappen was too heavy-footed.

At the end of the day, Horner said in the team report: “It’s a great shame as it was a mighty, mighty lap and he was pulling something very special out of the bag.

“Max will be frustrated I am sure as he knows what a good lap it was, but he just needs to put it behind him now. He’s still P3 on the grid and he just needs to have a good start, as anything can happen in this race.”

Verstappen will start from third, directly behind Hamilton in pole and in front of Sergio Perez lining up fifth in the other Red Bull while the Mercedes duo lock-out the front row; add Charles Leclerc lining-up his Ferrari in fourth to spice things up at the sharp end.

Horner added: “Unfortunately, we are on the back foot now.  Grid position on any street circuit is crucial and it’s going to be very hard to overtake here.

“It’s all going to be about strategy and Checo could have a major part to play in the race,” predicted Horner whose team trail Mercedes by five points in the 2021 F1 constructors’ standings.

Anyone else have the EXACT same reactions as @alo_oficial in the closing moments of qualifying? 👀