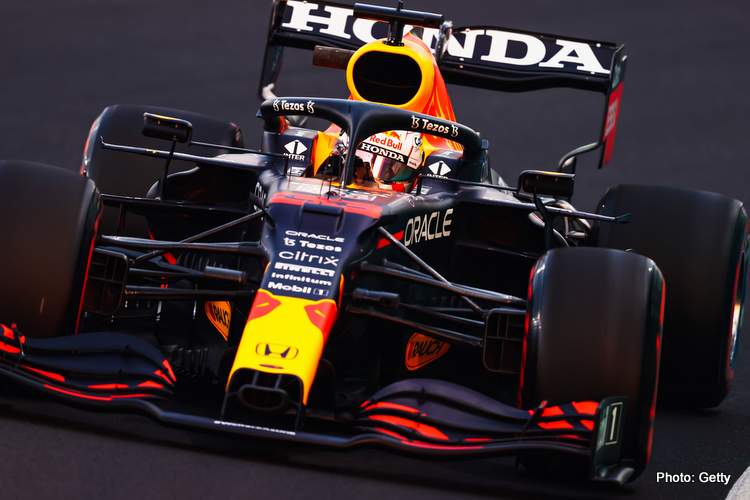 The stage is set for a mega pole position shootout this evening’s Saudi Arabian Grand Prix qualifying as little separated Formula 1 title contenders Max Verstappen and Lewis Hamilton at the end of FP3 ahead of qualifying.

In the wake of Friday practice when Hamilton dominated proceedings, Red Bull unearthed handy pace overnight which allowed Verstappen to take top spot at the end of FP3 with Sergio Perez third-fastest albeit half a second down on his teammate’s best effort.

Sandwiched between the Blues on the timing screens was Hamilton, a couple of tenths shy of title rival Verstappen, but there appears to be more in that Mercedes.

But it was not a clear cut session for the World Champion who was caught dawdling on the racing line baulking the AlphaTauri of Pierre Galsy and then Nikita Mazepin’s Haas, both on hotlaps.

hamilton was summoned to the FIA race stewards to answer for his actions.

Nevertheless, the stage for a humdinger qualifying this evening at Jeddah Corniche Circuit between the Lewis and Max with cars that appear to be on par at this formidable venue.

Odds are one of them will be on pole.

Unexpected stars of the show thus far have been the AlphaTauri pair, with Yuki Tsunoda astounding with the fourth-best time, half a tenth up on teammate Pierre Gasly making it four Honda-powered cars in the top five.

Need in the battle for the title, Valtteri Bottas has work to do to find the second or so he is lacking relative to the top time. Sixth is not good for the Mercedes cause.

Next up in seventh and eighth were the Ferrari duo of Charles Leclerc, who recovered from Saturday’s crash, and Carlos Sainz a few hundredths shy of the sister car.

The best their third-place F1 constructors’ championship rivals McLaren could do was tenth for Lando Norris albeit just over a tenth down on Leclerc with Daniel Ricciardo lacking half a second, down in 14th.

Esteban Ocon was ninth fastest, a quarter seconds up on fellow Alpine driver Fernando Alonso in 11th. That midfield is very tight with half a second between half a dozen cars.

In closing, it can be said that FP3 and qualifying will be different scenarios in terms of track temperature and atmospheric conditions.

Nevertheless expect Max and Lewis to battle it out for that important top spot start, with the front row likely to be theirs to share, however, anything can happen at this all-new, untested venue. 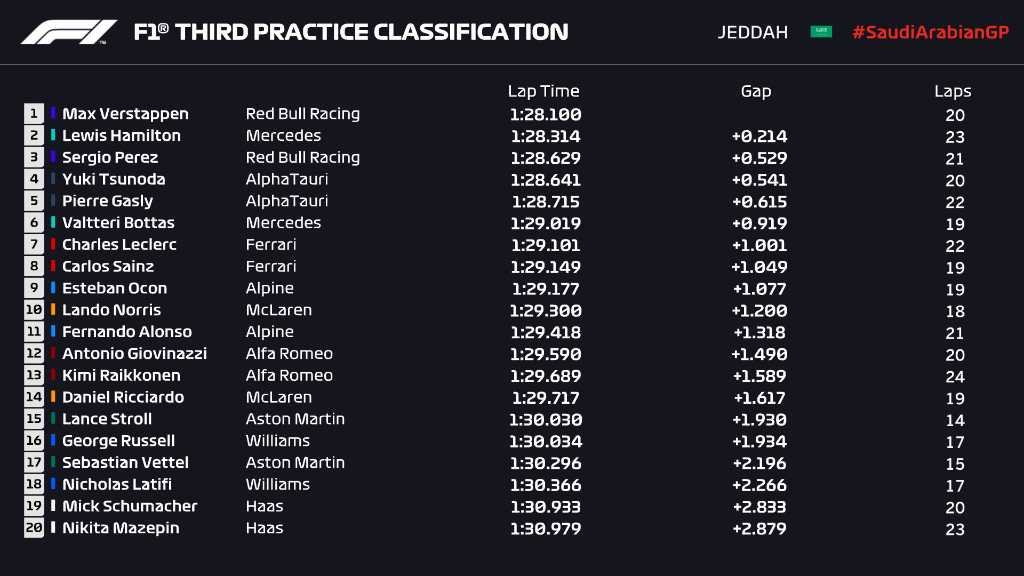