Verstappen: It doesn’t matter where we end up 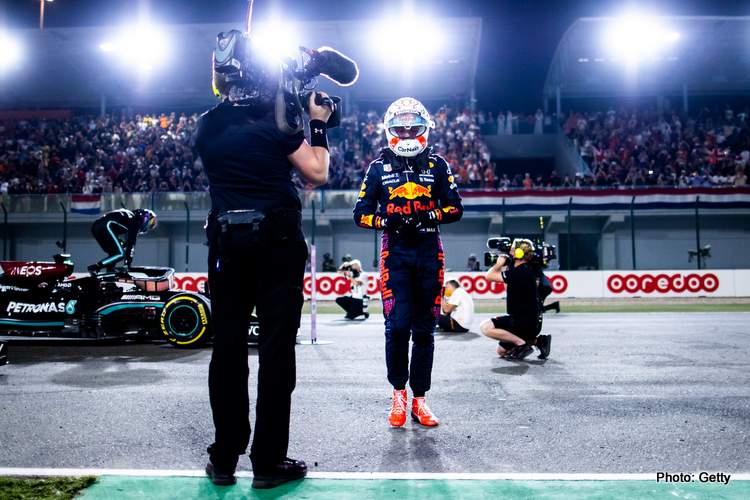 For the umpteenth time this season, 24-year-old Max Verstappen has played down his ‘lack of experience’ compared to his 2021 Formula 1 title rival 36-year-old Lewis Hamilton while revealing he is not too perturbed if things do not go his way.

The British knight is seeking an unprecedented eighth F1 Title while the Dutch ace is targeting his first; Max leads Lewis by eight points with this weekend’s inaugural Saudi Arabian Grand Prix and the season finale Abu Dhabi Grand Prix bringing an end to a mammoth 22-round season.

While Verstappen does not argue that Hamilton’s experience serves the Mercedes driver well, he believes it has no influence where the title will end up.

Speaking on Thursday to reporters, ahead of the weekend in Jeddah, Verstappen said of his rival: “I think it’s natural of course that when you are in this stage of your career you are better prepared than what you were in your first or second when Lewis was fighting for his first title.

“I think it’s a natural progression and it’s very normal. I also feel much better prepared and more experienced than when I first came into Formula 1. And no, I don’t think that makes a big difference, because otherwise, it would have shown already throughout the season…”

Verstappen also understands the gravitas of this particular title battle which, should he win it, will mark the changing of the guard with the Red Bull driver at the forefront of the breakthrough and sure to be a dominant force for the next decade to come.

He continued: “Fighting against Lewis, in general, has been good for the sport. It’s a young guy against the established world champion, multiple world champion, and I think it’s just very exciting.

“And for me at the end of the day it doesn’t matter if you’re fighting against someone who’s my age or a world champion, you know both of them are great drivers.

“Some might have had a bit more luck, in general, to be in a good car for a longer time but that doesn’t take away that they’re a great driver and yes, we always try to beat each other, of course. But I think so far it’s been a really cool season.”

Perhaps comforted by what is almost a sure bet he will be F1 World Champion one day, time is very much on his side as is Red Bull, Verstappen does not view winning the title this year as a must-win situation.

He is rather relishing the manner in which his team has been able to take the fight to Mercedes in this final season of the current F1 regulations package.

An era totally dominated by Mercedes, until this season of course.

Verstappen acknowledged: “It’s just been of course a great year for us. We had a lot of good moments and it’s more enjoyable. Last year was pretty boring for me because basically all the time I was just in third… so there wasn’t much happening for me.

“In a way it’s not how you like to race but that sometimes happens when one team is of course very dominant, and that’s why I think this year we turned it around well, we improved the car, and to be in this title fight to the end I think is very impressive from our side.

“And of course, I’ll try to keep enjoying the last two races. It doesn’t matter where we end up; we’ve had a really, really good season as a team,” added Verstappen who could wrap up the title this weekend, should the stars align in his favour.

🗣 “It’s going to be interesting and I’m looking forward to the challenge. It’s been fun to go to different tracks again this year.” @Max33Verstappen ahead of the #SaudiArabianGP 🏁 pic.twitter.com/wGHmaF0dJp