Hamilton or Verstappen: Who will win the 2021 F1 Championship? 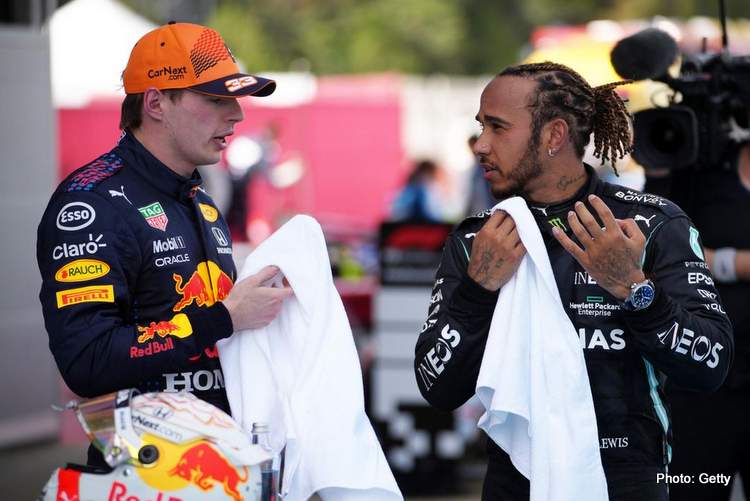 For many fans of Formula 1, the 2021 season has been one of the most enjoyable ones in recent memory as for the first time since Mercedes began their domination back in 2014, we actually have a title race on our hands.

Not only in the F1 constructors’ championship, between Merc and Red Bull, but also between two drivers; the experienced Lewis Hamilton, and the young upstart Max Verstappen.

In case you haven’t followed the sport for very long, Hamilton is arguably the greatest driver in the history of the sport. He has 7 world championships to his name already, with only the great Michael Schumacher having achieved the same number in his career.

The plan was for Hamilton to make it 8 this year, and possibly drive off into the sunset. Given that both he and his team have been so much better than anyone else on the grid for years, the betting odds were certainly in his favor for him to make it 8 titles this year.

However, it hasn’t worked out quite like that. Red Bull, under the watchful eye of team principal Christian Horner, have made huge improvements to their car this year, making it not only as competitive as the Mercedes, but in many races, even faster.

This has been helped by the skill of Verstappen, who at 24 is finally looking like a world champion in waiting, after showing consistency this year that had not been apparent in previous years. Now, many fans are placing bets on the Dutchman to be the one toasting a maiden title win in a few weeks’ time.

Is it possible for people looking to place bets to decide who is the favorite? Some of the betting odds, such as on the DraftKings Sportsbook have Hamilton as the 4/7 favorite, with Verstappen slightly less likely at 5/4. However, these odds could change dramatically in the next race, which takes place in Saudi Arabia on the 5th of December.

To attempt to come to a decision, let’s look back at the last few races, to see how the momentum and odds have shifted from Verstappen back to Hamilton, and to try and predict what will happen in the final 2 races of this thrilling season.

Max shines in Mexico, Lewis is unstoppable in Brazil and Qatar

After the Mexican Grand Prix, which was the 18th race in the 22nd calendar, all the betting sites were saying the championship was Verstappen’s to lose.

He has 316.5 points compared to Hamilton’s 293.5. Not only that, but the Red Bull car looked so much quicker, that once Verstappen had passed both Hamilton and his teammate Valterri Bottas on the first corner, the Mercedes never looked like catching up.

Hamilton’s chances were further hampered in Brazil, where he had to take not only a 5 place grid penalty for the full race on the Sunday for changing an engine part, but he also had to start last in the sprint race on the Saturday as part of his car was found to be illegal. At this point, bettors would have been in no doubt that his chances were over.

However, Hamilton is a seven times world champion for a reason. He fought his way through the pack in both races, to finish 1st by the end of the final lap in Interlagos. It was truly one of the most spectacular weekend’s of his long career in the sport.

By comparison, the race in Qatar the following weekend was less eventful, as Hamilton led from the start, and always looked comfortable. It helped that Verstappen had his own grid penalty in Qatar, so had to start in 7th. He made it to 2nd with relative ease, but couldn’t keep up with Hamilton despite his best efforts.

Who has the upper hand in the final two races?

Interestingly, the second to last race, held in Jeddah, Saudi Arabia, is a totally new circuit, so there is no historical data to look at, to see who might hold the upper hand. Right now, Hamilton certainly appears to have the faster car, which at a circuit that is predicted to have very high top speeds, will give him a crucial advantage.

However, the final race in Abu Dhabi was won by Verstappen last year, in one of his most complete performances prior to this year. Crucially, the Dutchman has the points advantage, so can afford to not win in Saudi Arabia, but still come out on top in Abu Dhabi to claim the championship.

Which way do we think it is going to go?

Like the betting odds indicate, it will be incredibly close. If only because he has done it before, so knows what it takes to win, we think Hamilton will clinch it, but hopefully only after it goes right down to the wire on the final corner of the last lap in Abu Dhabi. Fingers crossed!