Hamilton: Cheating is the worst claim to ever make 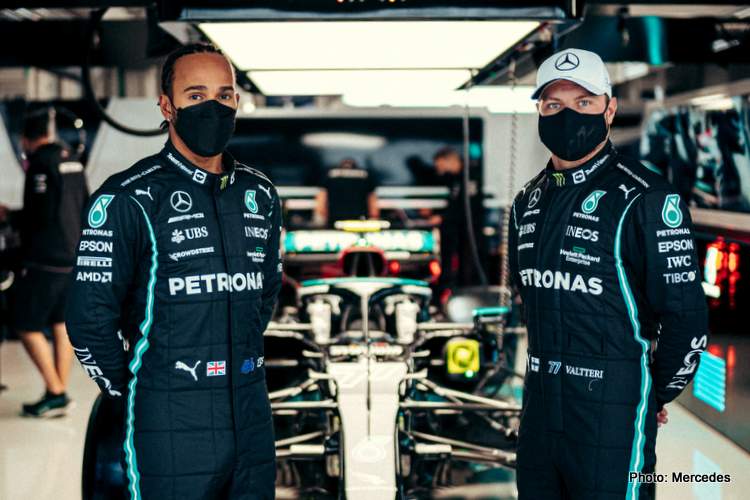 Lewis Hamilton understands the war of words between Formula 1 title-contending camps Mercedes and Red Bull, is part of the game but scorned at suggestions his team are cheating.

One of the tightest contests for nearly a decade between seven-time F1 World Champion Lewis Hamilton and pretender to the throne Max Verstappen, has long ago gone beyond the track, with team bosses Toto Wolff and Christian Horner providing a sideshow of verbal warfare.

From bendy wings to tinkering with DRS has the paddock aflutter, with suggestions one or the other (depending on which side of the fence you are on) are (nudge-nudge, wink-wink) bending the rules whenever a chance avails itself.

Poet John Lyly wrote “The rules of fair play do not apply in love and war” which Hamilton adheres to within reason, as he explained during an interview with The Times.

“We all have egos and that’s what controls our emotions, and it is egos fighting each other,” explained the Mercedes driver. “There is defence, there is respect, but I did see someone say something about cheating, and that’s the worst claim to ever make.”

“I called James Allison and Mike Elliott and said: I really want to know about these things, and they took me through details of where we are. We have done all these tests and this is where it is, but I don’t like it when people put that out there,” added Hamilton referencing suggestions that his team is cheating.

For this crucial stage of the battle, Mercedes have extracted stunning performance from the W12 package coupled, to their last of a fine litter and from the top shelf – ‘spicy engine’ – which in Hamilton’s hands has seen a 19 points deficit reduced to eight points in two races, and now with two left to go he is back in the hunt, and very much so in fact.

Notably, Verstappen had no answer for the Mercedes man on either Sundays neither in Brazil nor Qatar.

The unknown that is Jeddah this weekend and the familiarity of Abu Dhabi beckons next in this title fight where Mercedes are again the team to beat. And they don’t cheat, ask Lewis.