Domenicali: I don’t believe in shutting countries off 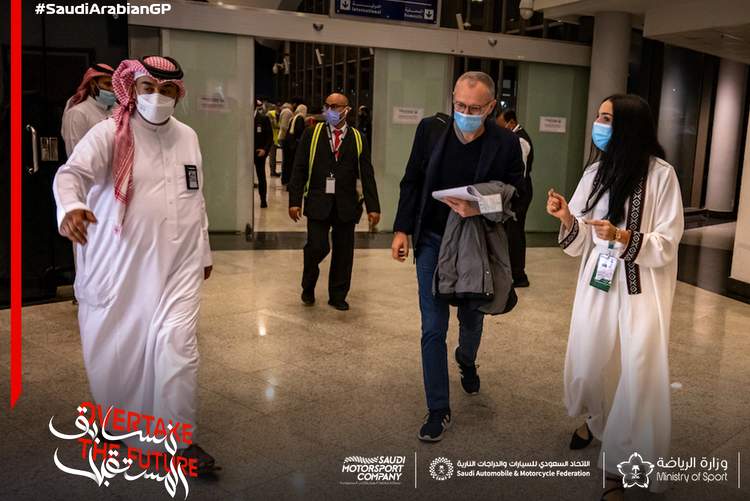 Saudi Arabia, a country involved on-and-off in wars since the First Arab–Israeli War of 1948 and currently fighting in Yemen since 2015, is pulling out all the stops to realign its despotic image, with sports and big entertainment events a regular fixture in the kingdom.

Popstar Justin Bieber, set to perform during the course of the F1 weekend, has come under fire from human rights organisations, demanding he aborts the venture.

Leading calls for Bieber to cancel his concert is Hatice Cengiz, fiancee of Saudi journalist Jamal Khashoggi, whose 2018 murder inside the Saudi consulate in Istanbul prompted international outrage.

Cengiz wrote to Bieber in a Washington Post op-ed: “This is a unique opportunity to send a powerful message to the world that your name and talent will not be used to restore the reputation of a regime that kills its critics.”

Domenicali: The spotlight we are bringing will be beneficial for the will and the wishes of change

F1 is no stranger to going where money talks, without qualms, since the seventies and eighties, under the leadership of Bernie Ecclestone, when races were held in apartheid South Africa as well as Argentina during the years of dictatorship.

Fast forward to 2021, asked to justify having the race in Saudi Arabia despite urgings not to do so, Domenicali explained: “If you look pragmatically at what they are doing, in terms of for example women, they have women in prominent positions in the organisation, they are working and respecting the regulations.

“I believe the spotlight we are bringing will be beneficial for the will and the wishes of change that these countries are showing. I don’t believe that shutting countries off and saying we don’t want to be there will help the situation to improve. Actually, it will be the opposite.

“It doesn’t mean everything is perfect, but for sure what we are doing and what we are signing off is headed in the right direction,” declared Domenicali in an interview with the BBC.

Qatar and Saudi Arabia were added to the calendar this year, both finding space when planned races were cancelled.

Hence the race in Losail was negotiated and will be on the calendar for at least the next decade.

Organisers of the race at Jeddah Corniche Circuit, also in it for the long-term, are intent on making it the most prestigious on the F1 calendar in years to come, even rivalling the sport’s crown jewel, Monaco.

For now, the sport’s newest venue is a just-finished construction site.

Amnesty International: Both of these countries have extremely troubling human rights records

Ahead of F1’s two newest races, Amnesty International said in a statement: “Rich countries in the Middle East have long seen elite sport as a means to rebrand and ‘sportswash’ their images, and the grand prix races in Qatar and Saudi Arabia fit into this mould.

“Both of these countries have extremely troubling human rights records – from Qatar’s systemic mistreatment of migrant workers and its draconian curbs on free speech, to Saudi Arabia’s sweeping crackdown on human rights activists and the notorious murder of the journalist Jamal Khashoggi.

“In using the glamour and razzmatazz of F1 to try to distract attention from human rights abuses, Qatar and Saudi Arabia will hope there’s little to no discussion of human rights issues around these races – something that must not be allowed to happen.

“F1, the drivers and their teams should be prepared to speak out about human rights in Qatar and Saudi Arabia in the lead-up to the races, doing their bit to break the spell of sportwashing and its intended image-management.

“In particular, F1 should ensure that all contracts for these races contain stringent labour standards across all related supply chains and infrastructure development projects, and its spokespeople – from Stefano Domenicali down – should use their influence to push for human rights improvements in both countries.”

Saudi Arabian Grand Prix promotors told BBC: “One of the main aims of hosting this event is to leverage the power of F1 to empower all men and women in the Kingdom and to use it as a means of promoting further progress to unlock the talent and potential of all our people.”

A Qatari official responded: “As with other international sporting events hosted in Qatar, the partnership with Formula 1 will support economic diversification, encourage local participation in sport and serve as a catalyst to accelerate reforms.

“Qatar has embraced the spotlight that comes with hosting international sporting events and is using it to make positive and lasting changes.”

Bahrain was the first country in the Middle East when it came on board in 2004. The country was rocked by protests, leading to the cancellation of the 2011 race which remained uncertain for the next year but did take place and has happened ever since.

Abu Dhabi was added to the championship schedule in 2009, paying for the right to hold the season finale at Yas Marina Circuit. With Qatar and Saudi, there are now four Middle East venues F1 will visit for the foreseeable future.

From April to December⏳, this is the story of how the world’s longest and fastest street circuit came to be built in record-breaking fashion🚧🏗.
Now, we are ready to race!🏎🇸🇦#نسابق_المستقبل #OvertakeTheFuture