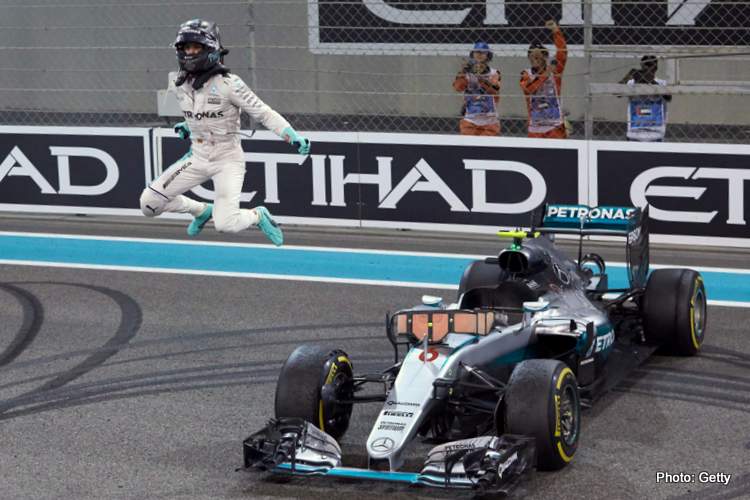 Five years ago, Formula 1’s newly-crowned world champion Nico Rosberg shocked the sport when he announced his retirement on this day in 2016.

Mercedes driver Rosberg had claimed his maiden title at the season-deciding race in Abu Dhabi just five days earlier – and then made the shock revelation at a press conference in Vienna ahead of the FIA’s official prize-giving awards ceremony.

The German, 31, confirmed he took the final decision to walk away from the sport in the hours after his championship triumph.

Rosberg began his grand prix career with Williams in 2006 and competed in more than 200 races. He joined Mercedes in 2010 and partnered compatriot Michael Schumacher, the seven-time champion, before Lewis Hamilton, his long-term rival, joined the team from McLaren in 2013.

Through the hard work, the pain, the sacrifices, this has been my target. And now I’ve made it

Hamilton beat Rosberg to the drivers’ championship in both 2014 and 2015, with the German finally ending his long-running losing streak by claiming the 2016 title at the Yas Marina Circuit.

Following his shock revelation, Rosberg later posted a message on Facebook giving more details behind the decision: “Since 25 years in racing, it has been my dream, my ‘one thing’ to become Formula One World Champion.

“Through the hard work, the pain, the sacrifices, this has been my target. And now I’ve made it.

“I have climbed my mountain, I am on the peak, so this feels right. My strongest emotion right now is deep gratitude to everybody who supported me to make that dream happen.

“I pushed like crazy in every area after the disappointments of the last two years, and they fuelled my motivation to levels I had never experienced before.

“Of course that had an impact on the ones I love, too – it was a whole family effort of sacrifice, putting everything behind our target.”