Sainz: It could be a very tight battle in Jeddah 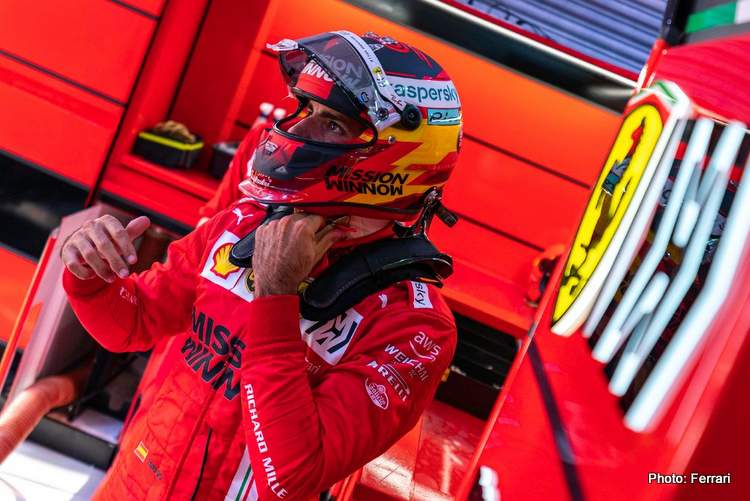 With Formula 1 heading to another new venue this weekend, Carlos Sainz believes the Saudi Arabian Grand Prix will shuffle the field, the Ferrari driver expecting a very tight battle.

The results of the previous grand prix in Qatar stand as proof of  the Spaniard’s claims, since Ferrari – usually alternating with McLaren over the best-of-the-rest status behind Mercedes and Red Bull – was overtaken by the likes of Alpine, with Fernando Alonso taking a famous first podium after his return, his teammate Esteban Ocon taking fifth place, and Aston Martin’s Lance Stroll finishing sixth.

Ferrari however had to settle for seventh and eighth for Sainz and Charles Leclerc respectively.

Asked by Motorsport, on his predictions for the new addition to the F1 calendar, whose layout will presumably favor Mercedes, Sainz said: “The last few tracks, it’s a bit unknown.

“Obviously Jeddah we have no idea what we are going to find there,” he admitted, as he went on describing the characteristics of the new street circuit around the coastal city, Jeddah.

“So it could be a very tight battle in Jeddah,” the 27-year-old predicted.

Abu Dhabi will mix things up as well

Sainz then continued to discuss the season finale in Abu Dhabi, where changes have been applied to its Yas Marina Circuit to improve the racing spectacle there.

“Then in Abu Dhabi, with the new changes they’ve done to the track also, it looks like a higher speed track than what it used to be,” Sainz pointed out.

“There are less chicanes, and more high speed nature, and this could also bring the whole midfield back together.

“So it will be a very, very tough couple of races,” Sainz believes. “But if we continue working as we are, working as a team, I think we can be confident that we keep bringing points back and delivering like we are trying to.”

Third in the Constructors is far from secure

Despite Ferrari now being 39.5 points ahead of McLaren, third in the Constructors’ Table, the Spaniard is adamant that the team’s position is not yet secured.

“Obviously the championship is not over yet, there are two races to go, and we are really focusing on trying to be the best in the last two ones,” he said.

“But if I look at where we were last year, sixth, with little points in the championship, I think we made the most we could do with the current regulations, and the fact most of the car had also very limited opportunities of development as well,” the Madrid-born racer explained.

“Overall, I think that the team has made great progress with what was possible to do.

“For that, I am so happy because third position is a great output for the efforts,” Sainz concluded.

Sainz, on his first season in Red, has done well fitting into what is considered as “Charles Leclerc’s Team”, and has been running the Monegasque close all season.

He has three podiums to his name this season, and is currently seventh in the F1 Drivers’ standings, only 6.5 points behind his highly rated teammate, Leclerc, who is sixth.

Are you ready, #Tifosi? Make sure you’re following our @ScuderiaFerrari channels for all the inside action 📱