Latifi: Williams will be racing for Sir Frank this weekend 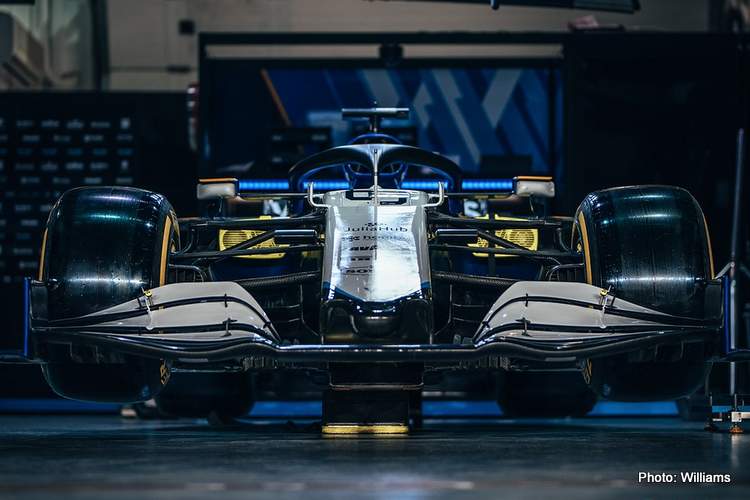 The upcoming Saudi Arabian Grand Prix, will be the first the Williams team will contest after the death of its founder, Frank Williams, with Nicholas Latifi insisting the whole team will be racing for Sir Frank this weekend.

The Formula 1 world was shaken last Sunday by the news of the passing of legendary team owner and founder Sir Frank Williams, whose eponymous team has gone on to win nine Formula 1 Drivers’ crowns between 1980 and 1997, while securing seven Constructors’ Championships over the same period.

Despite the Williams family selling the team to Dorilton Capital, a US-based investment firm, in 2020, the presence of it’s legendary founder remains strong among the team, its drivers, and employees. Something that is evident in the words of the the team’s Canadian driver Nicholas Latifi, who was previewing the upcoming race in Saudi Arabia.

We race for Sir Frank

“There is no doubt that the whole the whole team will be racing for Sir Frank this weekend,” Latifi said in his team’s press release.

“His contribution to Formula 1 cannot be underestimated, and to represent his name on the world stage has been an honour,” he went on.

“We’ll continue to push hard to take the team back up the grid.”

Speaking of the upcoming racing event in Saudi city of Jeddah, located on the coast of the Red Sea, Latifi expressed his anticipation saying: “I’m looking forward to experiencing the Jeddah Corniche Circuit and discovering another brand-new track.

“Street circuits are always exciting; the extra adrenaline that you get from driving between the tight city walls makes it really enjoyable, despite also being an extra challenge.

“From what I’ve experienced in the simulator, the high-speed nature of the circuit is going to make things quite intense,” the Canadian revealed.

“There are a lot of corners, most of them very quick, so it will be an exciting track to drive.

“This will also be my first street race held at night, which adds another interesting element that I’m looking forward to tackling,” Latifi concluded.

Frank Williams was somebody that people looked up to

Mercedes-bound George Russell, echoed his teammate’s sentiments towards the late Williams team founder, as he spoke in the team’s media brief.

“It’s with a great sadness that we head to Saudi Arabia this weekend following the passing of Sir Frank, but as a team we are determined to pay our respects and honour him in the way we know he would want us to; by racing,” Russell said.

“In terms of British sport, Sir Frank was an incredibly important figure,” he continued. “Not just because of the adversity he faced, but because of the success that the team went on to achieve following his accident.

“He was somebody that so many people looked up to. He would be wheeled around the whole factory and there was this presence in the room whenever he was around.

“It motivated the team to really get on with their jobs and be so dedicated, because of the man he was,” the Briton insisted.

“On track, I am looking forward to getting my first look at the Jeddah Corniche Circuit,” Russell said shifting his focus to the task ahead in Saudi Arabia.

“It is sure to be an exhilarating track to drive with its high-speed nature and, when you couple that with the fact it’s a street circuit and the walls will be close, I’m sure it will be a thrilling spectacle both inside and outside the car.

“As we head into this final double-header of the season, our full focus as a team remains on consolidating our position in the Constructors’ Championship and we will be giving it absolutely everything to do so,” the 23-year-old concluded.

Williams has been the shadow of the formidable team it has been in its glory days when Frank Williams ran it with the aid of his previous partner, Patrick Head who was in charge of the technical aspect of the team.

One would only hope that with Dorilton Capital’s takeover, along with the hiring of Jost Capito as team Principal, the once great team would return to its old winning habits.

Williams are currently eighth in the Constructors” Standings on 23 points.