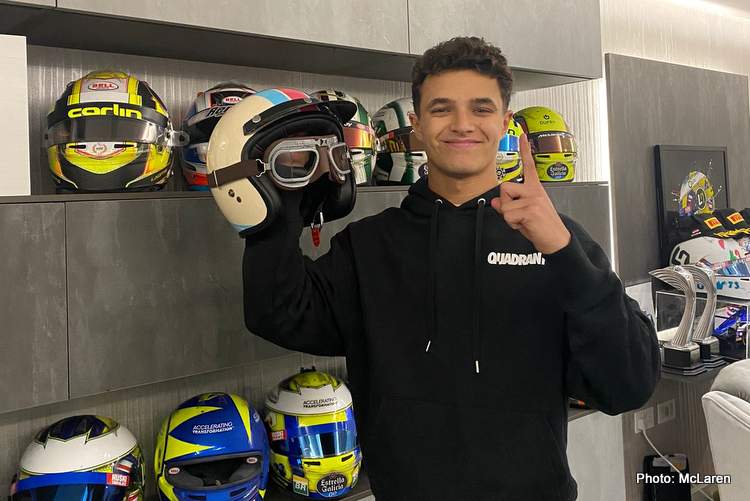 McLaren driver Lando Norris has announced he is moving from England to Monaco, with financial reasons playing a part in his decision and thus and will be able to call several of his Formula 1 colleagues, including Monegasque Charles Leclerc, neighbours.

The 22-year-old Briton has had a standout season with his Woking-based team and signed a multi-year contract extension in May.

“It’s something that obviously a lot of drivers do,” he told British media of the move. “Especially, with how racing is, we’ve seen for other drivers how quickly things can also go downhill. I still have to look after my life and things for my future.”

Monaco is a home to many of his Formula 1 rivals, including compatriot and seven times F1 world champion Lewis Hamilton as well as Australian McLaren teammate Daniel Ricciardo, Max Verstappen and retired F1 world champion Nico Rosberg among them.

Lando: I don’t want to do my job in F1 and not enjoy the things around it

Hamilton has been criticised for his tax arrangements and Norris, already a fan favourite, also expected to face some negative reaction: “But people do many things in life for money. This is just another one.”

Norris entered Formula One in 2019 and has been on the podium four times this season, and is fifth overall with two races remaining.

The youngest British F1 driver in the history of the sport, he has been living close to the McLaren factory to learn as much as possible — as well as enjoying local golf courses.

He said in April that he wanted to have fun with friends and see his family regularly, declaring that “I don’t want to do my job in F1 and not enjoy the things around it”.

The time had now come, however, to move further away even if he would still spend plenty of time in the factory.

“I said many times that for me, fun and enjoyment, and enjoying what I’m doing, takes priority… so it’s not an easy decision. I just feel like I’m in a comfortable place to make this decision,” explained Norris. (Reporting by Alan Baldwin)

Say hello to my new home! The place isn’t finished yet but I’ll be living here in Monaco when I’m not in the factory or at the track next year.

I get the keys at the end of next month so will hopefully be moving in soon. Really excited for this next chapter! pic.twitter.com/rsYCcbXXls