McLaren: It’s not over yet, we want to finish it on a high 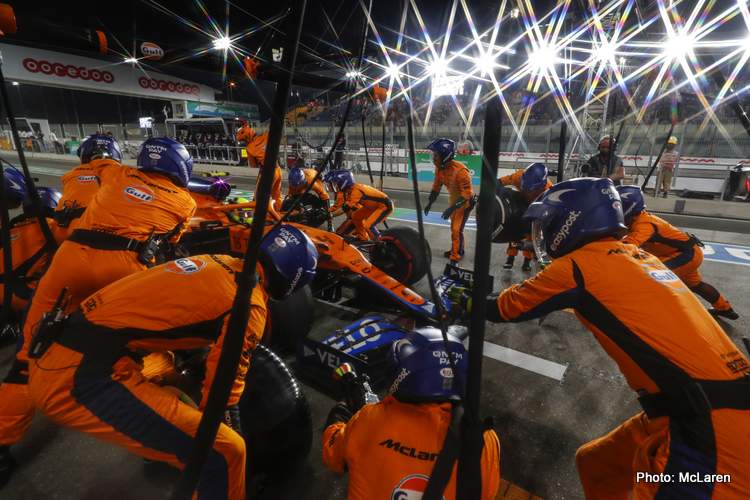 McLaren are determined to turn around a below-par triple header and use the final two races of this gruelling 2021 Formula 1 World Championship season for the last gasp effort to finish third in the constructors’ standings.

For this to happen it will be a tough ask for Lando Norris and Daniel Ricciardo to overturn the 39.5 points deficit to Ferrari but anything can happen and often does late in the season.

Nevertheless, tough because the Woking outfit has gone off the boil since Ricciardo led home Norris for a famous one-two victory at Monza, however that form went AWOL, particularly during the recent triple-header.

But the battle is not over until Abu Dhabi, the intention at McLaren is to bounce back strongly this weekend, at the inaugural Saudi Arabian Grand Prix, and take the momentum to the finale a week later.

Previewing the first race at Jeddah Corniche Circuit, team boss Andreas Seidl said: “Although the last triple-header didn’t go our way, we’re still committed to applying everything we’ve learned during the last race weekends and fighting for the best possible finishes we can achieve between now and the last lap in Abu Dhabi.

Seidl: This season has been an intense and exciting battle, but it’s not over yet and we want to finish it on a high

That will mean strong showings at the unknown Saudi venue and the challenges that come with racing at a spanking new venue.

Seidl continued: “We head back to the desert for the final two races of the 2021 season, and our first stop is another new venue at the Jeddah Corniche Circuit.

“With two new venues in succession, the team back at the factory has been working hard to prepare, and we’ve used the window between Qatar and Saudi to give the drivers time in the simulator in preparation for heading out on track this Friday,” revealed Seidl.

After 20 rounds it’s much closer among the drivers with Best of the Rest being Norris in fifth, a point ahead of Ferrari’s Carlos Sainz and 7.5 points ahead of Charles Leclerc. The pride of fourth place is at stake here.

Norris will be looking to attain the sparkling form he showed earlier in the season: “The track in Jeddah is going to be fun, it’s a really fast and flowing track with close walls, which will create a unique challenge.

“I’ve been driving the circuit in the simulator to get up to speed with the layout, which is really important when arriving at a new venue. Qualifying in these cars at this circuit is going to be a very cool experience and will set us up for a strong race on Sunday.

“We’re going to be giving it our all right up until the chequered flag in Abu Dhabi, to finish in the best possible position in both championships,” declared Norris.

In the sister car. Ricciardo has put behind him his early-season woes and struggles with his new team. He is in a better place now in what was almost a crisis for the big smiling Aussie.

He too is fired up for a solid showing in the final two races: “Coming off the back of an intense but ultimately disappointing triple-header, it’s been good to take some time out of the car and reset for the final two races of the year.

“We don’t really know what to expect in Jeddah, but we’ve been working hard as a team back in the UK to prepare for the event, and we head to the Middle East ready to fight. We’ll be doing our best to bring home some decent points and end the season on a high,” added the McLaren driver.