Horner: In F1, we are not saving lives, its just a sport 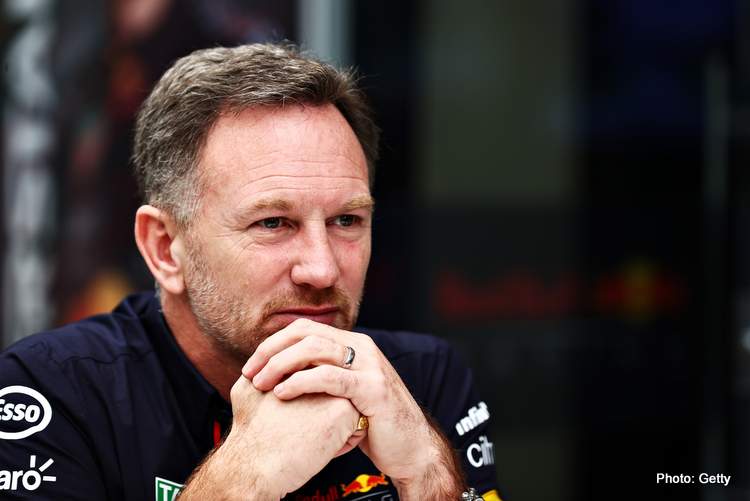 Christian Horner gave some insight on his mindset in the midst of this year’s intense title fight, adamant that one has to have the right perspective, for Formula 1 is a sport, and not about saving lives.

This season has been the first time Red Bull find themselves involved in battle for both the F1 Drivers and Constructors’ Titles since their winning streak between 2010 and 2013 with Sebastian Vettel at the wheel of their car.

This year, they have Max Verstappen leading their charge, with Mercedes and their ace Lewis Hamilton giving the energy drinks outfit as tough a fight as they could expect, with the Dutchman shooting for his first ever F1 Driver’s Crown.

Speaking in his column for the team’s website, Horner hailed the maturity Verstappen has displayed under pressure.

Mature Verstappen has been extremely impressive

“Make no mistake, fighting for your first F1 title is an intense moment in your racing career, but the maturity Max has shown throughout the campaign has been extremely impressive,” Horner said.

“He’s relaxed and dealing with the pressure incredibly well, I think he is driving better than ever.

“A good example of this was during the race in Qatar, when he did not feel we could catch Lewis, but commented over the that radio he “wanted to have some fun”,” he revealed.

“Max is plain-speaking and he calls it how he sees it. He doesn’t work with a sports psychologist; it is just how he copes with it.

“Max is just eight points ahead in the Drivers’ Championship and five points behind in the Constructors’, in previous years we’d have bitten your arm off to be in this position at this point in the championship.”

We worry about the things we can control

Horner, who, when hired by Red Bull in 2005, became the youngest team principal in the history of the sport at 31 years, admitted that their experience as a team is playing a major role in how they tackle this challenging season, as he personally thrives under pressure.

“We want to be up at the top fighting for titles and while it has been an intense year, the pressure is something we put on ourselves,” he said.

“I have really enjoyed this championship and the fact we’ve been able to take the fight to Mercedes and Lewis, it’s been a phenomenal season to date.

“Off circuit there has been a bit more distraction, but when the green light comes on, everything else is insignificant,” the Briton said, referring to the ongoing political and technical squabble he and his Mercedes counterpart Toto Wolff are locked in.

In F1 we are not saving lives

The 48-year-old revealed that he knows how to relax and recharge, whilst also giving 100% for his job as team principal, insisting that he doesn’t allow F1 to remove his focus from other important aspects of his life, in particular, family.

“In F1, we are not saving lives, it is just a sport, so you have to keep some perspective on it,” Horner maintained.

“It’s an intense competition but there are other things that are important as well, so spending time with the family and going for a walk with the dogs, that’s how I unwind.

“People will always have their opinion on the sport and Team; however, you can’t live your life according to people’s views, you have to be comfortable with your own approach and run with it,” the Red Bull boss believes.

What of the Saudi Arabian Grand Prix?

Horner went on to preview the upcoming Saudi Arabian Grand Prix, where they will be racing for the first time around the Jeddah Corniche Circuit.

“We head to Saudi Arabia for their first race where the track looks insane from I’ve seen,” he began. “It’s hugely fast and the first sector is like Suzuka, but with walls!

“It is going to be a massive challenge and I’m sure there will be plenty of excitement and drama,” Horner admitted.

“We will be watching the Formula 2 race very carefully,” he went on, explaining how they plan to get to grips with the new circuit.

“On paper, it looks like a power-sensitive circuit, so you’d say that tends to favour Mercedes and it looks as though they feel that way too, but you just don’t know,” Horner mused.

Welcome to Jeddah 👋 A first look at the setting for the #SaudiArabianGP pic.twitter.com/HXvzU4g13J

Eventually, we would have done our best

Horner insists that no matter the outcome of the Championship, he won’t be having any sleepless nights, as he is certain that the whole team didn’t spare any effort to prevail this season.

“Whatever happens at the end of this championship, we will know that we have given it everything we have got,” he declared.

“The racing this year has been incredible, and the rivalry is intense, it polarises opinions, but it also draws in a huge audience, which has been wonderful to be a part of,” Horner concluded.