Marko: Discredit your rival as long as it is within limits 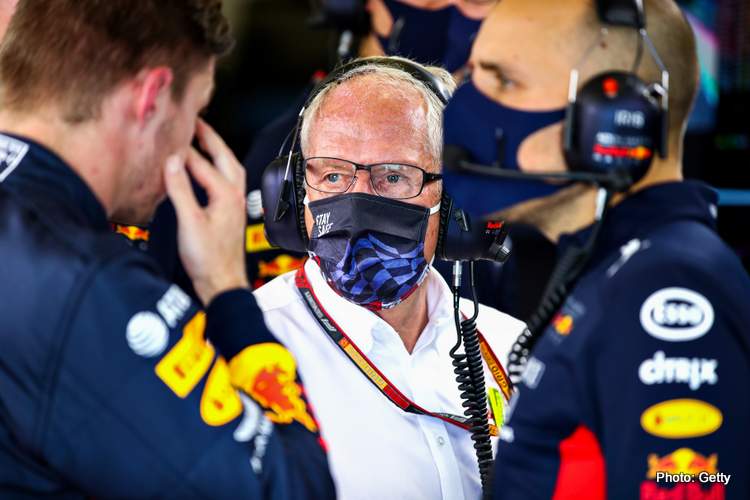 The war of words between Mercedes and Red Bull continues at full revs ahead of the inaugural Saudi Arabian Grand weekend, as Lewis Hamilton and Max Verstappen jet into Jeddah separated by a mere eight points going into the Round 21 of this epic 2021 Formula 1 season.

The top teams of the modern era have traded barbs all season long, the aggro ramping up as the contest hits the final stretch, with everything being thrown at the mission at hand by both camps, including verbal grenades.

Red Null’s Helmut Marko has accused Mercedes of triggering convenient smokescreens ever since the RB16B has had an edge over the W12. The World Champs feeling serious heat from their rivals for the first time in this modern era they have so dominated, until this last episode that is.

The Doctor, speaking before the penultimate round of this hard fought season, told Motorsport.nl: “When Mercedes saw that we were equal or even faster, they first came up with the flexi-wings story and then with all kinds of other false arguments.

“We took those actions as a very unsportsmanlike gesture and then we also focussed on what is happening with the Mercedes, for example with their own wings. That all adds up when the battle is as intense as this year and especially if a team is not used to another team challenging them.”

Marko: As long as it is not below the belt

Clearly, Marko is pointing the finger at Merc boss Toto Wolff who too has lobbed his own grenades into the warzone, also alleging the World Champion of getting Mercedes powered teams to do their dirty work.

Marko continued: “If the protest doesn’t come from Mercedes itself, then a team that is close to Mercedes will be put forward. One time McLaren had ago and then it was Aston Martin

“We had the feeling that there was a certain one-sidedness to the process but we have now had several conversations with the FIA ​​and also with Liberty, so it is ‘part of the game’ I would say.”

Center stage on the sidelines of the duel between Lewis and Max has been the feud between Christian Horner and Wolff to which Marko does not object: “As long as it is not below the belt, that is also part of it in my view.

“You support your own driver of course and yes, with that you discredit the rival to a certain extent but okay: that is logical in itself, as long as it is within limits,” insisted Marko.