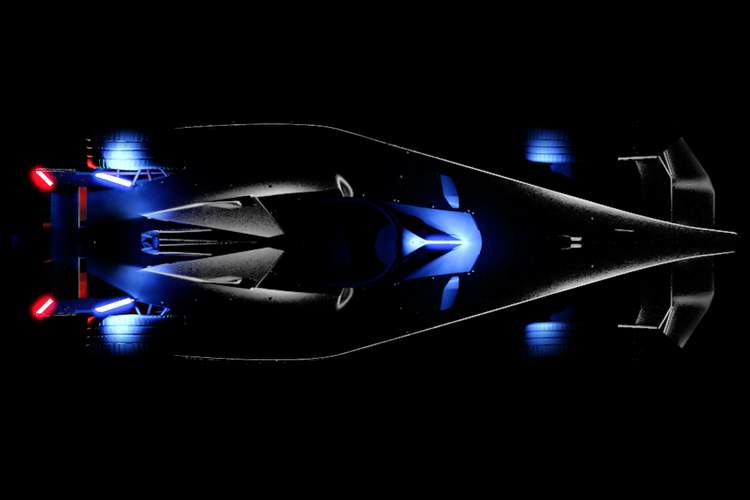 The all-electric Formula E series provided a first glimpse on Monday of what it said would be the world’s most efficient racing car.

The third-generation (Gen3) car, to be raced from season nine in 2023, was presented to the manufacturers, teams, drivers and sponsors at an event in Valencia.

Teams are testing in Spain ahead of season eight that starts in January.

“The Gen3 is our fastest, lightest, most powerful and efficient racing car yet,” said Formula E chief executive Jamie Reigle in a statement.

“Together with the (governing) FIA, we have built the world´s most efficient and sustainable high performance race car.”

Formula E said at least 40% of the energy used during a race would be produced by regenerative braking. The Gen3 car will have front and rear powertrains, doubling the current regenerative capability.

An electric motor will deliver up to 350kw of power (470BHP) and give the car, which is lighter and smaller than the current one racing on city-based street circuits, a top speed of 320 kph.

The car will also be net-zero carbon and run without rear hydraulic brakes.

Here are the first pictures of the Season 8 challenger on track! How GOOD does it look?!#ABBFormulaE #Testing #Valencia #Passioneers pic.twitter.com/pm6Du9cjWy

Formula E and the Federation Internationale de l’Automobile (FIA) tonight shared a first look at the third-generation all-electric racing car that will race in Season 9 of the ABB FIA Formula E World Championship. The Gen3 is described by FIA President Jean Todt as: “a machine created at the intersection of high performance, efficiency and sustainability.”

The Gen3 was presented to an exclusive group of Formula E manufacturers, teams, drivers and partners in Valencia, Spain, where pre-season testing is underway for Season 8 of the ABB FIA Formula E World Championship, which begins in January.

While Formula E manufacturers are set to take delivery of Gen3 cars in spring 2022 following further intensive development testing on and off the track, the briefing in Valencia disclosed a series of design, performance and sustainability innovations in the Gen3 car:

The benchmark for sustainability in high-performance racing cars

The ABB FIA Formula E World Championship creates an environment where high performance and sustainability powerfully co-exist. Leading experts in sustainability at the FIA and Formula E worked closely with engineers throughout the development process to ensure the Gen3 sets the benchmark for sustainability in high-performance racing cars.

The Gen3 is powered by electric motors that are substantially more efficient than ICEs as they can convert over 90% of the electrical energy into mechanical energy (motion) compared to approx. 40% in high efficiency ICEs

Jean Todt, FIA President, said: “The new Gen3 Formula E single-seater is a car created at the intersection of high performance, efficiency and sustainability. The work accomplished by the FIA’s teams together with Formula E, since the launch of the discipline eight seasons ago, tirelessly seek to drive innovation and further the development of sustainable mobility. I have no doubt that this new single-seater will elevate Formula E to the next level.”

Jamie Reigle, Formula E CEO, said: “In designing the Gen3 car, we set out to demonstrate that high performance, efficiency and sustainability can co-exist without compromise. Together with the FIA, we have built the world’s most efficient and sustainable high-performance race car.

“The Gen3 is our fastest, lightest, most powerful and efficient racing car yet. It is a creature designed for its habitat: racing on city streets in wheel-to-wheel combat. We look forward to witnessing it inspire and excite the next generation of motorsport fans in cities around the world from Season 9 of the ABB FIA Formula E World Championship.”

The future’s coming.
And there’s no turning back.