Raducanu: Lewis has been such a good role model for me 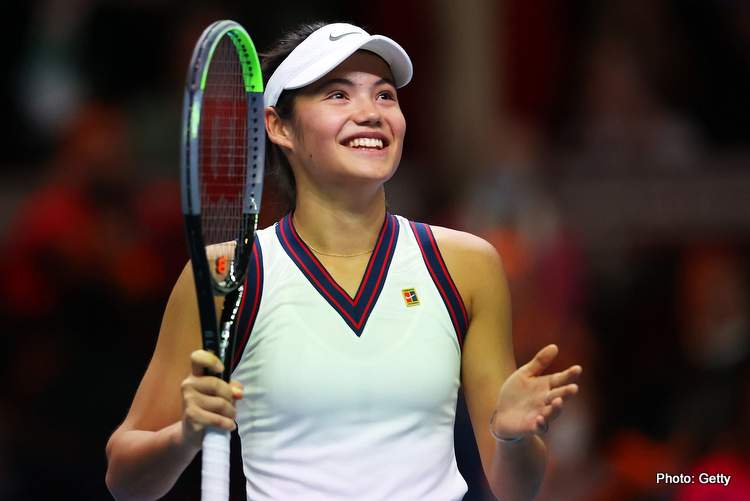 Speaking after her straight-sets win over Elena-Gabriela Ruse at an exhibition event in London on Sunday, Raducanu said Hamilton was a “really cool guy”.

Raducanu, who competed in karting as well as motocross events as a child and is a big fan of Formula 1, revealed the advice the seven-time F1 world champion gave her: ‘He said, be patient, you’ve just got to ride the wave. It’s all good.

“Don’t worry’. Good reassurance. He has been such a good role model for me in terms of helping me out through the next stages,” Raducanu told British media.

The 19-year-old also shrugged off talk of beating Hamilton to the BBC Sports Personality of the Year award next month: “No, definitely not. I am rooting for Lewis in the race. I just don’t even think about it. For me, it’s something that’s so far out of the realms of possibility.”

Raducanu, who is preparing for the 2022 season by undergoing intense five-hour daily training sessions, also spoke about her personal goals.

“For me, my expectations of myself are to keep improving, I want to look back at the end of the year and see that I made gains in different areas. I know it will take a lot of patience to get to where I want to be,” she said.

The match on Sunday was Raducanu’s first on home soil since her astonishing U.S. Open triumph when she entered the tournament as a qualifier ranked 150th in the world and ended it as Britain’s first female Grand Slam champion for 44 years. (Reporting by Aadi Nair)