Alonso: To beat Hamilton you must be at your very best 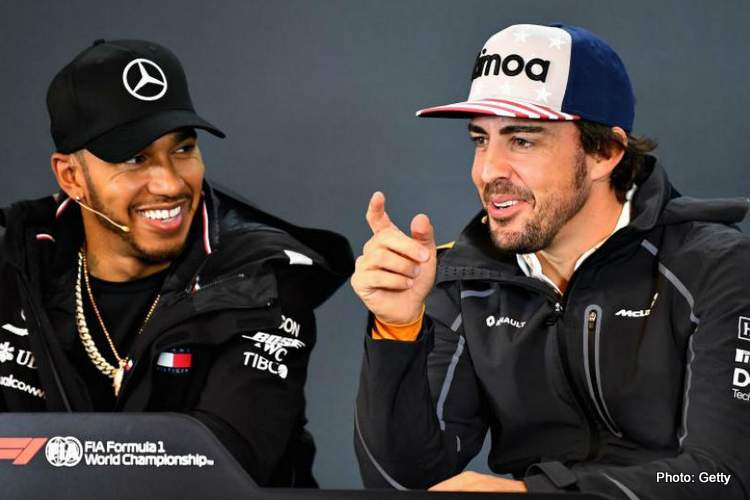 One of Fernando Alonso’s regrets is that he never really had the opportunity to fight Lewis Hamilton for titles, and warns anyone wanting to beat the Mercedes driver better bring their A-Game to the bout.

Apart from 2007, of course, when the two were famously (or infamously) teamed up at McLaren under Ron Dennis, Hamilton and Alonso were their own worst enemies in a year either could and should have won the F1 World Championship title but, instead, Kimi Raikkonen stole it at the final race. It was also Ferrari’s last drivers’ title.

Alonso recalled the tumultuous year during an interview on Beyond the Grid podcast: ”With Lewis, I never had the competition I was looking forward to. It is true that we were teammates in 2007 and some say that’s the best fight you can have, but at that time neither of us were ready for it. Hamilton, as a rookie, was not ready and I was not performing at my best level.”

The Spaniard had ended Michale Schumacher’s remarkable reign with back to back titles in 2005 and 2006 for Renault. He was lured to McLaren by team boss Dennis, while Hamilton was promoted from Formula 2 after being backed and developed by the Woking outfit.

He’s a legend in the sport though, he really pushes you to the limit

It was a double world champion versus a rookie, which did not go well for Alonso: ”I wasn’t really integrated in the team yet. Also, we had a lot of internal fights and stress within the team for the title.

“We were not managed well that year. We finished equal in points and you can see that as a great fight, but I think we both could have done better.”

After that year, Alonso returned to Renault and Hamilton remained stayed with the British team and won the title the next year, but he and his one year McLaren teammate never really crossed swords again.

Alonso explained: ”In following years I had a better package with Ferrari than he did with McLaren so we didn’t fight with each other.

“Then he went to Mercedes, he has the best package and we never had the chance to fight with each other again. That is a missed opportunity in my career, he’s a legend in the sport though. He really pushes you to the limit.

“If you want to beat him then you must be at your very best,” added Alonso, advice Max Verstappen might take as he duels Hamilton for this tear’s title or, for that matter, George Russell who joins the seven-time [maybe eight-time by then] F1 World Champion at Mercedes next year