Spanish Grand Prix to remain in Barcelona until 2026 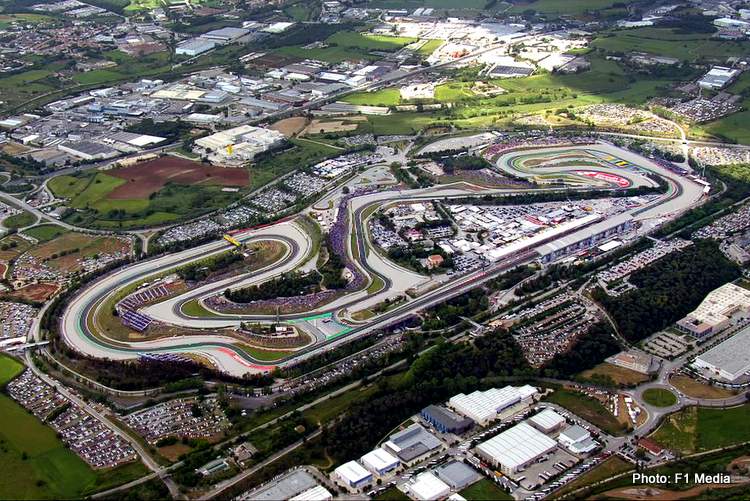 Formula 1 has inked a deal which means the Spanish Grand Prix will continue at the Circuit de Barcelona-Catalunya until 2026.

The race in Spain has been held 51 times, nine times at Jarama, five times at Jerez, four at Montjuic Park and on two occasions at Pedralbes.

Barcelona has hosted the race 31 times and has been a mainstay on the Formula 1 calendar since 1991 when Nigel Mansell driving a Williams won the race. This year’s race was won by Mercedes driver Lewis Hamilton.

MotoGP has also extended its deal with the venue until 2026. The 2022 Spanish Grand Prix is scheduled for 22 May.

Formula 1 is delighted to announce that we have renewed our contract with the Circuit de Barcelona-Catalunya for the Spanish Grand Prix until 2026. We want to thank the promoter and the authorities for their engagement and support and look forward to continuing to build our relationship in the years ahead.

As part of the new agreement, improvements to the track and facilities will be made ahead of the race on 22nd May 2022, including upgrades and improvements towards the circuit’s ambitious sustainability plans.

Stefano Domenicali, President and CEO of Formula 1, said: “We are delighted to announce this deal with Circuit de Barcelona-Catalunya.

“I want to thank to promoter and the authorities for their enthusiasm and commitment to keeping Formula 1 in Barcelona, with improvements that will be made to the track and facilities, and continuing our long history together.

“The teams and drivers always look forward to racing at the circuit and visiting Barcelona, and the Spanish fans will continue to see their national heroes, Fernando Alonso and Carlos Sainz up close.”

Roger Torrent, Catalan Minister of Business and Labour, and Circuit de Barcelona-Catalunya President, said: “We welcome the renewal of this contract, which includes a mutual commitment clause to help us turn Circuit Barcelona-Catalunya into a model and world benchmark of sustainability applied to this type of facilities.

“We want the circuit to become an exponent of the green transformation and the adaptation of infrastructures to the demands of the climate emergency.”