Prost: Fernando is the best driver on the F1 grid 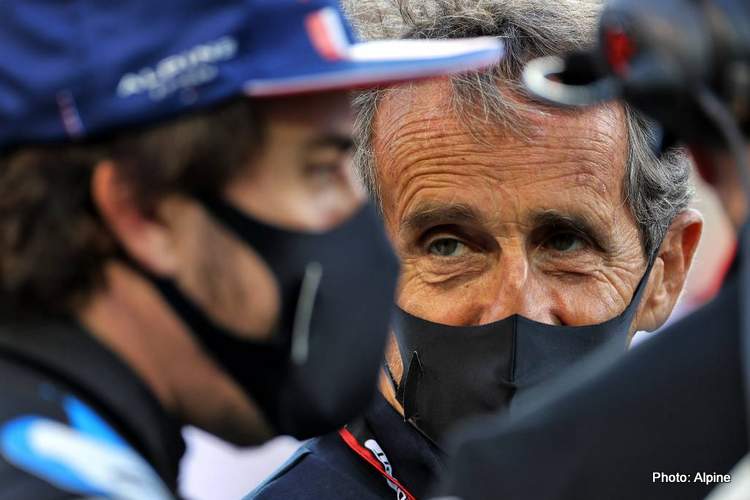 Fernando Alonso gave us a masterclass of how to take a mediocre car and put it on the podium in Sunday’s Qatar Grand Prix, prompting Alpine advisor and Formula 1 legend Alain Prost to declare the veteran Spaniard the best driver on the grid.

Amid a thriller of a season finale between the two standout drivers of this generation – Lewis Hamilton and Max Verstappen – that’s a big statement, but it comes with the weight of a four time F1 World Champion and winner of 51 Grands Prix, which Prost is, coupled to his first hand view of Alonso at work, not just on track but also behind the scenes, in the pit and paddock.

Alonso’s story is well told, from his debut at Minardi through to dethroning the great Michael Schumacher during the Spaniard’s days with Renault, run by mentor turned good mate Flavio Briatore; the McLaren misadventure alongside rookie Lewis Hamilton; the ‘tail between the legs’ return to Renault; Ferrari romance that promised so much but petered out; followed by the dreadful second stint with McLaren.

By the end of 2018, Alonso had enough of running nowhere weekend in and weekend out, and took a two year sabbatical, wowing everywhere he raced from Le Mans, to the Indy 500, to Daytona, to the Dakar.

The break from F1 earned him a World Endurance Championship title and two Le Mans victories with Toyota.

The Professor: The general vision Fernando has of a race is incredible

But from the outset he was not finished with F1, this season at the age of 40 he is back with Renault rebranded as Alpine, and he is arguably at his very best with the kit he has at his disposal. His gutsy, all or nothing style coupled to cany racecraft has Alonso in full pomp, with the night in Losail marking a return to the podium for the first time since 2014.

A popular podium it was too, not only with the beaming driver and his fans, even neutrals for that matter, with Prost full of praise for the Alpine driver during an interview with Autosprint: “Without doubt for me, Fernando is the best driver on the grid.

“The general vision he has of a race is incredible, like the small feelings with the tyres and the comments he makes about the car, the information he gives the engineers.”

But even Prost did not expect victory: “The result in Qatar came as something of a surprise because we had been through tough races in previous weeks. But both drivers were happy with the performance and the balance of the car.

“The messages sent out by Fernando were unbelievable, on Friday he even said he would drive all night. We had the tyres, and performance management, the only worry being the possibility of punctures. And, perhaps, with no safety car, it might have been difficult.”

The Professor: Qatar was an important result for Alpine

What is clear in this second coming of the Man from Oviedo, is that he has emerged as a team player. His defense on Hamilton during the Hungarian Grand Prix went a long way to helping teammate Esteban Ocon score his maiden win, against all odds to be frank.

Now, it was role reversal with Ocon payback defending against a hard charging Perez who had third place on his mind with much fresher tyres. It was good teamwork, and resulted in the end of a massive podium drought for Alonso.

Prost revealed the significance of the result at this stage of the season: “I’m very happy and it’s an important result for the team. Nobody knows what will happen in Formula 1 in 2022, we cannot make comparisons and there are no references.

“The Alpine project is focused on 2022 , what we have done this year is an extra,” explained Prost.