In the Fast Lane: Life in F1 is never dull with Yuki Tsunoda around 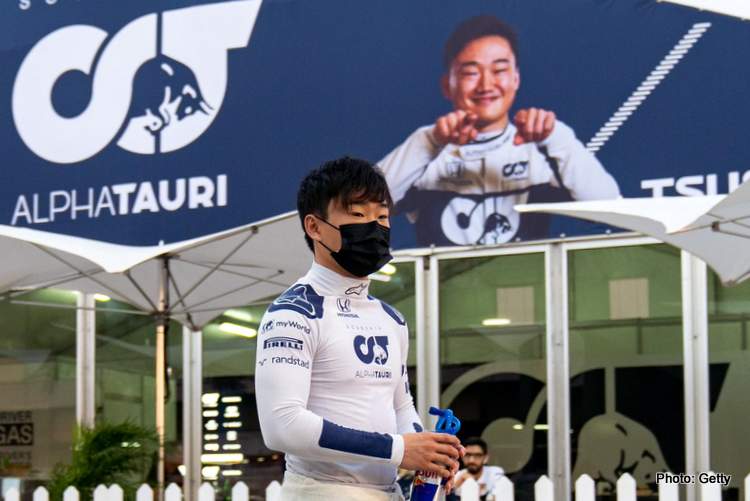 At the age of 21, Yuki Tsunoda is one of the youngest drivers in Formula 1. It’s generally noted that youthful speedsters have a habit of naivety and unpredictability out on the track, and the AlphaTauri man has certainly lived up to that billing in a chaotic 2021.

But Tsunoda has shown plenty of talent too, and 20 points for the campaign reveal a driver that is learning his craft nicely alongside the improving Pierre Gasly.

The AlphaTauri car has been reliable enough too, with only six retirements between the drivers all season-long, and so all involved at the Italian outfit can be pretty pleased with their team’s work.

The next step in their evolution will be to try and force their way into F1’s big four of Mercedes, Red Bull, Ferrari, and McLaren, but with Gasly and Tsunoda behind the wheel, AlphaTauri will be confident of further progression into 2022 and beyond.

Although graduating from the familiar breeding ground of Formula 2, little was known about Tsunoda prior to his debut campaign as a driver at motorsport’s top table. The Japanese ace claimed the domestic F4 title in his homeland back in 2018 as a teenager, before progressing to Formula 3 and the Euroformula Open a year later, winning races in both.

A strong turn with Carlin in Formula 2 in 2020 – Tsunoda delivered three wins and seven podiums overall for the British firm in his third-place finish – convinced AlphaTauri to hand him a speed test in December. The then 20-year-old passed with flying colors, and was later announced as Daniil Kvyat’s replacement on the team for the 2021 campaign.

To offer some context to Tsunoda’s unheralded status in motor racing, the long list of betting sites gave the newcomer almost zero chance of winning the F1 championship – literally, it turns out, with like brands bet365 pricing the Japanese youngster at +50000 in their odds. Bet365 are renowned for the accuracy of their pricing in the North American market and beyond, so AlphaTauri fans could have been forgiven for reserving judgment on their latest addition.

Fast forward eight months and Tsunoda’s performances have impressed even the most reserved of critics – Formula One’s own managing director, and the technical director behind Michael Schumacher’s seven world titles at Ferrari, Ross Brawn has described the 21-year-old as the ‘best rookie F1 has had for years.’

🗣 “He is the best rookie #F1 has had for years, having been fairly stunning in whatever series he has competed in”

High praise from Ross Brawn for @yukitsunoda07 following his #F1 race debut at the #BahrainGP:https://t.co/FnfwtmA2mx

A top-ten finish on debut in Bahrain was followed by an instant regression, but by the Azerbaijan Grand Prix he was back amongst the points with a seventh-place finish, and Tsunoda’s proclivity for point-scoring was confirmed in Austria and England thereafter.

But the best was yet to come. A sixth-place turn in Hungary was a drive of real quality, and confirmed what many already suspected – Tsunoda has the ability to go much further in the sport… if he can iron out the raw edges that have drawn complaints from some of his fellow F1 drivers.

It would be fair to describe Tsunoda’s driving style as ‘aggressive’. Of itself, that is a perfectly acceptable way of going about your business in F1. But when you lack a bit of experience, aggression can also be confused with recklessness.

Tsunoda was perceived to be the bad guy in qualifying for the Mexican Grand Prix, creating an obstacle on the final lap that prevented both Max Verstappen and Sergio Perez from improving upon their fastest laps. Red Bull boss Christian Horner was apoplectic, and while AlphaTauri chief Franz Tost leaped to the defense of his driver, there were a few in qualifying who were left rather frustrated by Tsunoda’s sluggish last lap.

🇧🇷→🇶🇦
For sure it was not the race I wanted but lots of things to take for Qatar pic.twitter.com/yVf8i1mi8A

Unfortunately for Tsunoda, he wouldn’t be able to keep his nose clean, and he was blamed for a crash that led to the retirement of Lance Stroll next time out in Brazil. It was a collision that saw the Canadian label Tsunoda as ‘desperate’ and ‘too optimistic’.

All of this means that the Japanese star will be a watched man in the final two rounds of the season, and it might be wise for him to be on his best behavior to see out 2021. The good news for Tsunoda is that he has been guaranteed another year at AlphaTauri, and given the quality he has shown, he should build on his 20-point season with another year of experience under his belt.

If he can cut out the errors, who knows – perhaps Tsunoda will be able to convince his Red Bull paymasters that he is worth a try as Verstappen’s number two in 2023.