Hamilton: The car has been very, very hard to set up 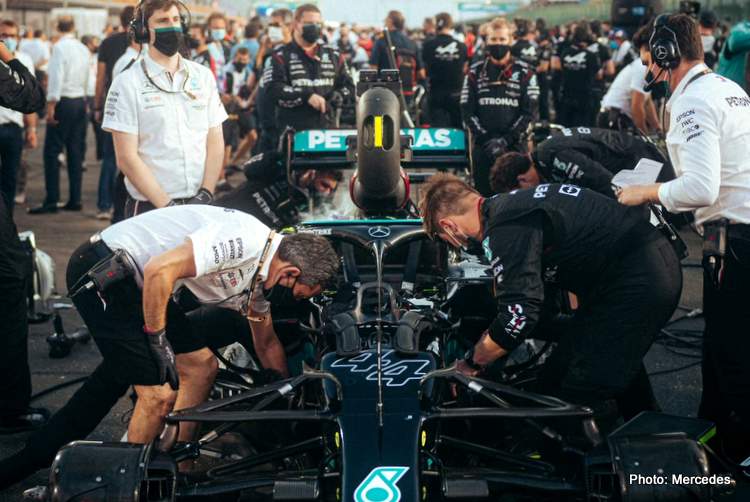 Lewis Hamilton unleashed the beast in the Mercedes W12 in recent races of the 2021 Formula 1 World Championship, setting himself up for a proper crack at his eighth title with two rounds remaining, but it was not always that way this season.

The Mercedes in Hamilton’s hands has been other-worldly in the past two races, gobbling up the field – including title rival Red Bull’s Max Verstappen – on his way to one of his greatest victories in F1.

In Qatar, the Briton was simply untouchable as he capitalized on Verstappen’s woes to claim his 102nd Grand Prix victory and narrow the points gap to eight points in this years title race.

After Sunday’s triumph, Hamilton spoke to select reporters about the difficulty he had finding the sweet spot in the W12: “I’d say I’ve been more committed than I’ve ever been, generally very happy with my commitment and my performance. But what I’ve noticed this year, it’s just a fact, is that the car has been very, very hard to set up.

Lewis: When you don’t get the car in the right window, you just limit your potential

“I don’t remember if it was last year or before, Toto would say it was a ‘diva’ but this one is a monster of a diva. What we often find, plus we’ve had less time to practice, is that it’s been harder to get the car in the right window.

“When you don’t get the car in the right window, you just limit your potential. So I’m just not able to maximise my ability through the setup not being in the right place, and it’s been very, very hard to get it into the right place.”

What is certain, with that ‘spicy‘ engine bolted to the back, the #44 Mercedes was in another league at Interlagos which Hamilton acknowledged: “I got the car exactly where I wanted it and that was like literally hitting the nail on the head, but that’s like maybe once or twice we’ve done that this year.”

For the inaugural race at Losail, Mercedes did not even need the ‘rocket’ engine (as Helmut Marko refers to it) and are keeping it for last.

However the issue they had at the beginning of the season when new floor rules for 2021 appeared to hamper the Mercedes more than their rivals Red Bull, but it was not unexpected as Hamilton explained: “We knew we were going to lose all this downforce and, once we found how much downforce we lost, the whole character of the car shifted.

Lewis: It’s been the hardest car to set up and I’ve done a lot of sim testing

“What we had worked on for so many years, getting the car into that sweet spot like last year, it’s been a nightmare to undo or play with the tools, when you can’t actually change any of the tools.

“It just is what it is, and it’s been about trying to find smart ways to work around less downforce. There have been a lot of elements that have made it harder than ever.

“It’s been the hardest car to set up and I’ve done a lot of sim testing. But even sim days, you go and do a sim day and the sim is not in the right place it’s supposed to be – the grip level’s not right or the wind effect is not right, or the thermal degradation is set wrong, so you can come away with bogus numbers.

“You have to be so careful with the data that you are receiving and the decisions that you’re making. It’s been a rollercoaster ride,” added Hamilton.

With two races to go this season – Jeddah and Abu Dhabi – expected that ‘spicy’ Merc to be back on Hamilton’s car, plus understanding the car as they have in the past two races, sets Hamilton up well for the most crucial final episodes of this contest for the ages and among the toughest ones of the seven he has won thus far.

The first Saudi Arabian Grand Prix takes place in Jeddah on 3-5 December, at Jeddah Corniche Circuit, Round 21 of the 22 rounds 2021 F1 World Championship.

Felt like we were flying out there, what a special lap. Little changes add up to a big difference. Great work team! See you tomorrow pic.twitter.com/VHOJaT8JlP