Stroll: Everything went perfectly for us in Qatar 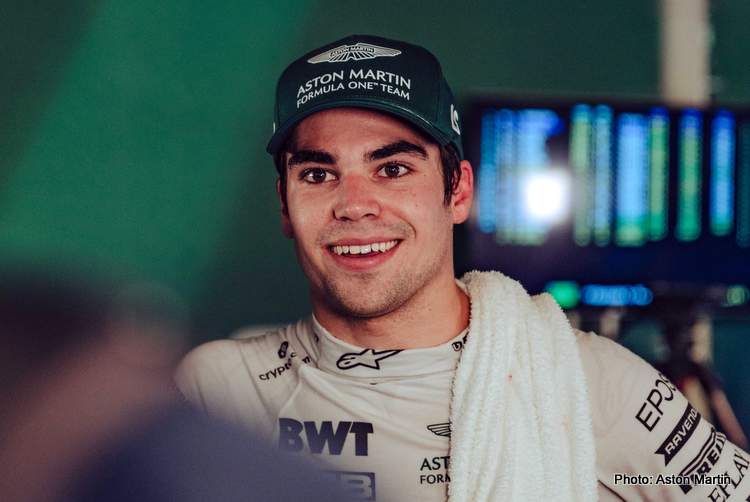 Aston Martin driver Lance Stroll tends to wear his heart on his face, after the 2021 Qatar Grand Prix he was beaming which thus meant he scored a strong result in the race.

Finishing sixth on a night of high attrition, under the floodlights of Losail International Circuit used as a Formula 1 venue for the first time, was a positive result amid a tough run for the Silverstone based team

Stroll can be Kimi Raikkonen or Daniel Ricciardo when it comes to post race interviews, when he does badly out comes his inner-Kimi but when things are good out gushes the biggest of smiles to challenge jolly Danny.

Post Qatar, Stroll was clearly chuffed with his result: “The car felt very good and I am very happy with our performance.

“I made up a couple of places on lap one and over the first stint it was clear that we had pace to perform well. I overtook [Yuki] Tsunoda on the Mediums and then, after catching the guys ahead, undercut [Carlos] Sainz to move into sixth after stopping for the Hards.

“Overall, everything went perfectly for us [in the race] and scoring eight points at the end of this triple-header is a very satisfying reward for all our hard work,” added Stroll.

Ahead of their first season back in the top flight, his father Lawrence Stroll’s team won the preseason ‘hype-title’ when the it morphed from Racing Point to Aston Martin; but nearly a season down the road it would be safe to say 2021 has not gone as wished.

Simply put, the AMR21 is not a very good car relative to the benchmark set by the the title-contending Mercedes W12 and Red Bull RB16B. Even the similarly Mercedes-powered McLaren MCL35M is better, nearly 200 points better at this point of the season.

Thus days like Sunday, both cars in the top ten with Sebastian Vettel claiming the final point for tenth, are to be cherished. The result amounted to their second-best result of the season, and a breather from a below-par spell endured by the Greens post the summer break. Vettel’s podium in Baku now feels like a distant memory.

It’s been a good one, Qatar. We’ll carry this momentum with us as we head to Saudi Arabia. 💚 pic.twitter.com/4PpMc6NJzb

Vettel: On the approach to Turn 1, there were lots of cars around me and I was squeezed

In the other Aston, Vettel, who qualified tenth, summed up his race night: “The start of the race proved very costly. We were basically at the back of the train after the first corner. We made a reasonable recovery from P17, but we lost the potential to score more points than we did.

“On the approach to Turn 1, there were lots of cars around me and I was squeezed. I tried to go around the outside but the track was dirtier than I expected and I slid wide. It is frustrating because the car was quick, especially when we were in clean air, and that helped me recover to P10.

“So, after lap one, it was a strong race, a good recovery, but it hurts when you are on the back foot straight away. It is great to see both cars in the points today so there are many positives to take away from the weekend,” concluded the German.

Aston Martin lie a lonely seventh place in the 2021 F1 Constructors’ Championship standings where they are likely to remain with only two races to run this season, while Vettel and Stroll are 12th and 13th.

The team with great ambitions and an impressive foundation to realize them but they underdelivered in their first season as Aston Martin in F1. More was expected from a team that scored podiums and even won a race last year.

Thus no surprise when results such as the one in Qatar are savoured.

Six places gained. Eight points in the bag. He didn’t just go after it, he went out there and got it. 👏 https://t.co/Z8ewPQbCeN