Horner: Max is Max, he’s going to go for it guaranteed 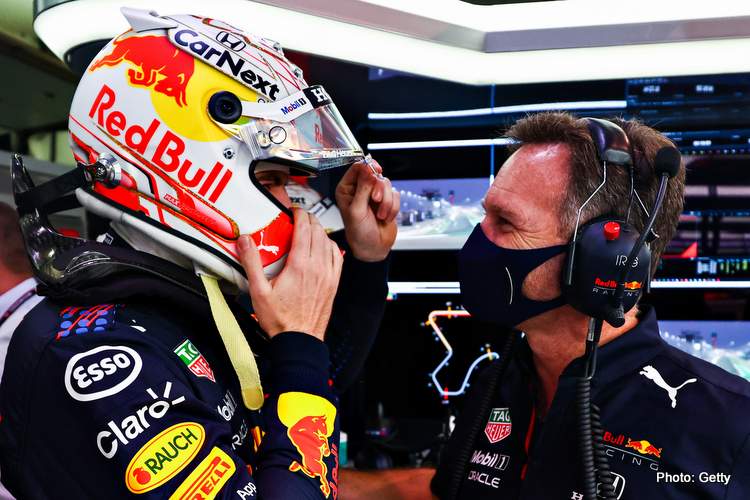 Red Bull may have edged a little behind Mercedes in the power-stakes at this crucial stage of the 2021 Formula 1 World Championship, but team boss Christian Horner warns that Max Verstappen is in full attack mode for today’s first Qatar Grand Prix.

Since Brazil, the reigning World Champions have enjoyed a breakthrough in performance which team principal Toto Wolff attributes to “understanding their car much better” which Lewis Hamilton out to good use to claim pole for the race in Losail.

Immediately after a riveting qualifying on Saturday, Horner acknowledged that Hamilton’s pole-winning effort was special, but added that with Verstappen, in second there is all to play for: “Lewis put an amazing lap in, the last lap was very quick.

“It’s disappointing to be second. Max got the most from the performance of the car. Max is Max, he’s going to go for it, I can guarantee you that.

“You’re going to have a good grand prix tomorrow. This is the most energy Pirelli tyres have seen. We’re line on line [with Mercedes], we haven’t seen that for four or five races.”

While Perez struggled to match his teammate, Verstappen did well to split the Mercedes and claim a front row start at a track where starting from pole may not be ideal, the long stretch to Turn 1 is likely to generate jostling and jousting as they hurtle off the start line.

Horner continued his Saturday observations in the team report: “It’s great to be on the front row with Max, he got the maximum performance out of the car today and has an opportunity down into turn one tomorrow, but it’s going to be very difficult to follow closely after that with the speed of these corners and mount an overtake.

“So the first 500m are going to be crucial and then it will come down to strategy, pit stops and reliability, all of those factors, and the tyres are under constant load at this track, so it’s going to be fascinating to see how they last tomorrow.

“It’s a shame not to have Checo in the top ten, but it’s a long Grand Prix and he can still be a very important factor for us in the race. With both title contenders starting next to each other it should be a great race,” predicted Horner.

Ahead of today’s Qatar Grand Prix, Round 20 of this year’s Championship, Verstappen leads Hamilton by 14 points in the F1 Drivers’ Championship while Red Bull trail Mercedes by 11 in the Constructors’ Standings with three rounds to go.

You won’t want to miss it! ⏰ Get ready for the #QatarGP 🇶🇦 @TAGHeuer 👊 pic.twitter.com/qI3O6MDYVO