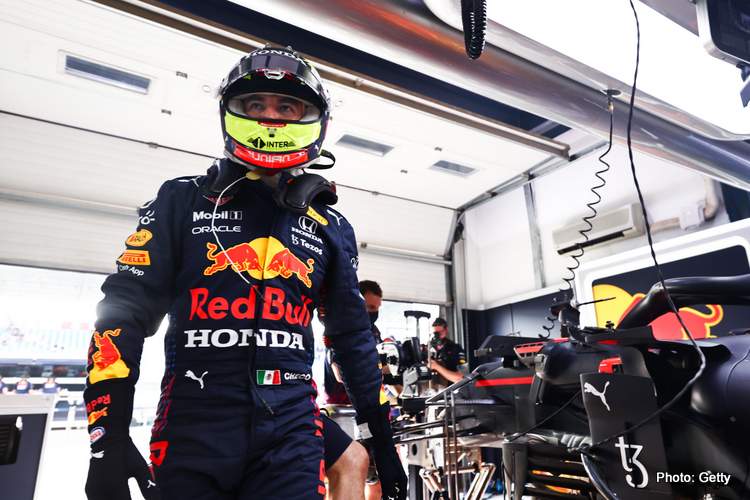 If there was a time when Red Bull driver Sergio Perez has to step it up for the team that saved his career, it is in these next three races but today he – make that we – flopped badly in qualifying for the 2021 Qatar Grand Prix.

The Mexican who was chosen to provide experience and stability to Red Bull’s Formula 1 title bid this year, did none of that at Losail as he failed to make it into Q3, while all other Honda-powered cars, including that of AlphaTauri youngster Yuki Tsunoda, were all in the final shootout.

Adding insult to injury is that his Mercedes counterpart, Valtteri Bottas starting from third, directly behind the sister car, is in a good place to inflict more damage on Red Bull’s F1 Constructors’ Championship campaign, while more than capable of hampering Verstappen’s race night to help Lewis Hamilton.

Perez said in the Red Bull team report: “It was a crazy qualifying for me, I think we have been there all weekend and after FP3 we were really confident with the changes we were making. We had everything in hand to really have a strong qualifying but we didn’t put it together when it mattered.”

Checo: We are a Team so we are all in it together, it is a shame we didn’t make it but we are looking forward

“We changed our approach with the tyre prep going into the evening conditions and we were not able to do the laps we wanted to, I hit a lot of traffic and going out in Q2 is the price we paid.

“We are a Team so we are all in it together, it is a shame we didn’t make it but we are looking forward to tomorrow now. I think without that issue the pace was in the car, we have been up there all weekend, so I see no reason why we shouldn’t have been there today and therefore can’t fight tomorrow.

“It has been a disappointing day but Sunday is what matters and hopefully we are able to recover and minimise the damage. We will try to make overtaking possibly here, I really hope that come race day we can be strong and come through the field to be in the mix for big points,” added Perez.

Maybe Checo was trying to tell us all something with the use of “we” no fewer than 18 times in his quote above (from the official press release) which suggests the Mexican veteran is not all to blame for the poor showing, perhaps Red Bull were experimenting with him…

Whatever the case and who is to blame, 11th on the timesheets and nearly four-tenths shy of teammate Verstappen when it mattered today is not good for his CV, and being out-qualified by rookie Yuki must hurt.

Team boss Christian Horner disguised the disappointment with his post-qualifying comments: “It’s a shame not to have Checo in the top ten, but it’s a long Grand Prix and he can still be a very important factor for us in the race tomorrow. With both title contenders starting next to each other it should be a great race.”

Thus it is all to do for Perez on Sunday, a day when his team needs him for not only the F1 Constructors’ Title, which Red Bull trail by 11 points, and of course Verstappen’s bid to be an F1 World Champion by denying Hamilton a record eighth title.