Wolff: We didn’t really think it would go any further 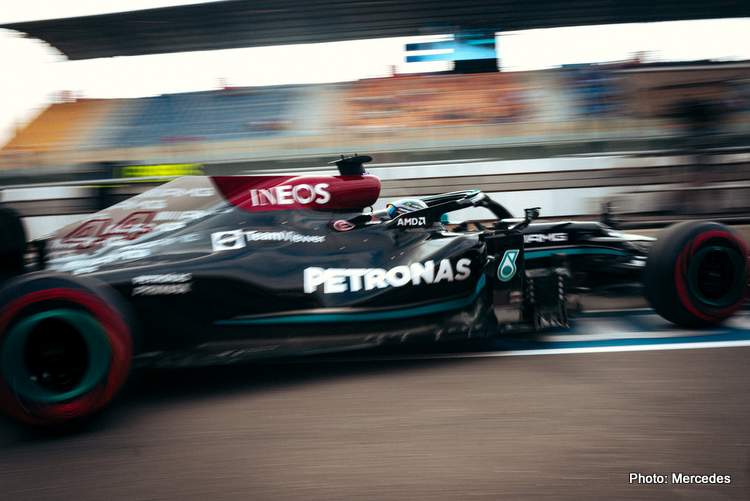 Mercedes’ request to review the incident involving Lewis Hamilton and Max Verstappen in Brazil last Sunday, was thrown out by the Stewards, which didn’t surprise Toto Wolff, who admitted it was always going to be a long shot.

“Completely expected,” was Wolff’s response to Sky F1 when asked about his opinion of the Stewards’ decision on Friday in Qatar.

“We wanted to trigger a discussion around it because probably it will be a theme in the next few races and I think that objective is achieved.

“We didn’t really think it would go any further,” he admitted.

It is the principle that matters

A peculiar reaction from the World Champions’ boss, after all the commotion their request to the stewards has created, with Hamilton also claiming he has a different “viewpoint” about the incident having “re-looked” at it. So is Mercedes’ reaction genuine?

“I think we already knew this wasn’t going to go anywhere,” the Austrian reiterated. “It’s more the principle – and finding out what the interpretation of the stewards is of that case.

“Now you have to move on,” he admitted before explaining the benefits of their actions.

“I think we have achieved a public discussion around it because I see a risk that we will see it happening in the next races, it could well end up in the stewards’ room or the court room if people aren’t happy with how it is being raced out there.

“If this is the regulations, then let’s just move on and race exactly that way and I think this is clear now,” the 49-year old concluded.

Wolff might have expected the decision, but his Red Bull counterpart Christian Horner hailed it as the correct one.

“It’s obviously the right decision because it would have opened a Pandora’s box of a whole load of incidents at that race,” Horner told Sky F1.

“I was surprised at the hearing in the first place because we saw many incidents at Turn 4 both in the sprint race and in the actual Grand Prix.

“It was just two drivers probably out-braking themselves,” the Briton said before taking a dig at Hamilton.

“If Lewis had been smart, he would have gone for the cutback like Checo had with Valtteri,” he said. “It’s good news that it’s full focus on this weekend now.

Hamilton and Verstappen have had their moments this season, with their Monza and Silverstone incidents yet to be forgotten, with Hamilton being given a 10s time penalty for the latter, being deemed responsible by the Stewards.

Red Bull appealed that penalty at the time hoping for a harsher penalty. So why the double standards?

“I think the difference between Silverstone and Brazil is that we ended up with a driver in hospital, a destroyed car, an engine that was no longer usable,” Horner explained.

“The driver that was ruled to be at fault, and Lewis was penalised, won the Grand Prix,” he went on. “So it just didn’t feel like it was a penalty that matched the crime, and that’s why we chose to appeal that time.

“The loss of points both in Silverstone and Hungary – being taken out of the races by Mercedes cars – have been hugely costly for us in this championship,” the Red Bull boss lamented.

Both title protagonists – teams and drivers – have not let any opportunity to slam the other pass unexploited both on and off the track.

Furthermore, Horner did not rule out protesting Mercedes’ rear wing design, as they believe the top speed the German team showed in Brazil was suspicious. This means that more drama might just be on the way.

Verstappen leads Hamilton by 14 points in the Formula 1 Drivers’ Championship, as Mercedes lead Red Bull by 11 in the Constructors’. (Follow me on Twitter @MallakJad)