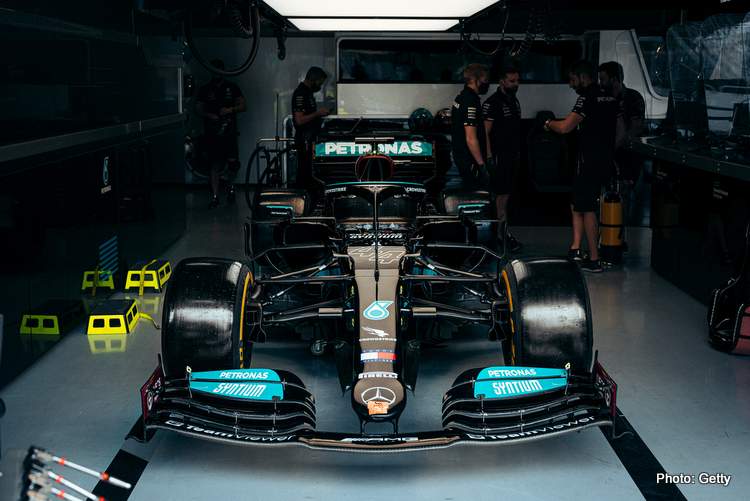 Seven-times Formula 1 World Champion Lewis Hamilton dismissed speculation about the steering of his Mercedes on Thursday and said the column was changed in Brazil last weekend after he complained about movement.

The Briton was asked about images on the internet that suggested the steering moved forward and backwards as well as left and right, triggering speculation about what might be going on.

“My steering column doesn’t move forwards and backwards,” the Briton told reporters ahead of the inaugural Qatar Grand Prix.

“We had that last year, we don’t have it now. On Saturday there was a little bit of play in it, less than a millimetre probably, that I don’t like so they had to change the column and (then) there was no play.

“So I’m not really sure what you’re watching.”

Mercedes had an innovative DAS (Dual-Axis System) steering last year but that was banned after one season of use.

Hamilton won in Brazil after starting last in the Saturday sprint and 10th in the main race on Sunday. He is now 14 points behind Red Bull’s Max Verstappen with three races remaining.

Verstappen and Red Bull have taken a close interest in Hamilton’s car as the title battle heats up, with the Dutch youngster fined 50,000 euros ($57,000) at Interlagos for feeling the Mercedes’ rear wing element with his hands. (Reporting by Alan Baldwin)