Leclerc: We cannot let our guard down 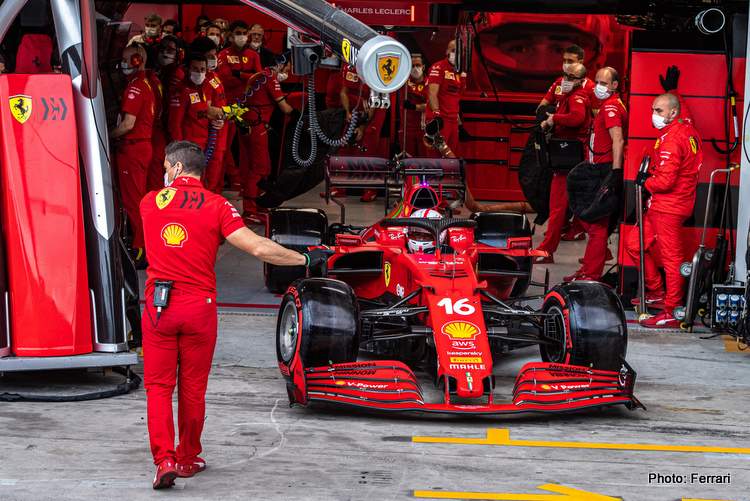 Ferrari enter the weekend of the Qatar Grand Prix over 30 points clear of McLaren, as the longtime rivals fight for third in the Formula 1 Constructors’ Standings, but Charles Leclerc warns that the team cannot let their guard down yet.

Leclerc said in his team’s press release that he expects the Losail International Circuit to be “very challenging to drive with a lot of high speed corners” as he previewed the first ever Formula 1 race held at the Qatari venue.

“I was able to do a lap of the track by bike and it seems very interesting,” the Monegasque revealed. “I’ll be able to do a few more laps, but only when we get in the car and start looking at the numbers will we be able to understand what it’s really like.

“In order to be full tuned in to the track I think will require around 15 laps but we have three free practice sessions ahead of us, so I don’t think it will be a problem for anyone,” he explained.

The fight with McLaren is not over yet

“We must continue doing everything perfectly, as that’s the only way to maximise our car’s potential,” the Ferrari star said of the fight for third in the Constructors’ Standings with McLaren. At New Casinos you can find the latest odds for contests such as these.

“We managed it in the past two races, but we cannot let our guard down,” he warned.

With regards to his personal target in the Drivers’ Championship, as he only lags by three points behind Lando Norris in fifth.

“As a driver, you want to finish as high up as possible and Lando is just three points ahead of me,” the 24-year-old pointed out.

“Here again, if we do everything perfectly, it will be possible to fight with him, but I have to say that this is less important than the battle for third placed team.

“In the end, I won’t celebrate if I finish fifth, but neither will I cry if I don’t manage to get ahead of Norris in the classification,” Leclerc said indifferently.

Carlos Sainz does the research

As the F1 circus gets ready to run at a totally new track, it is only natural that every driver does his preparations in his own way, and according to Ferrari, Carlos Sainz watched on-board videos of other categories racing at Losail.

“Apart from the motorcycle races on the Internet, I also found some footage from other cars, even if they were in much slower categories than Formula 1,” the Spaniard revealed in Ferrari’s media brief.

“To get a better idea we’ll have to get in the car and begin to build up some mileage,” he admitted. “That’s why it will be important to make the most of tomorrow.”

Sainz called for caution when talking about Ferrari’s fight with McLaren considering the ever so tight margins that separate them.

“Despite how the last two races went, I think it’s still very close, because the gap between us is always just a few tenths,” he explained.

“If we look at what made the difference recently it was down to the number of mistakes made and reliability, which so far went in our favour.

“But it’s not over yet so it will be vital to stay focused one hundred percent,” Sainz insisted. (Follow me on Twitter @MallakJad)

The first ever #QatarGP is just around the corner 👀🇶🇦

New track, new challenges 💪
Are you ready, #Tifosi? Make sure you’re following our @ScuderiaFerrari channels for all the inside action 🏎
Cover Art by Paolo Barbieri ➡️ https://t.co/nTaSvN5nBS#essereFerrari 🔴 pic.twitter.com/KwLhn0DDZo