Hakkinen: Not sure that intimidating Lewis will work 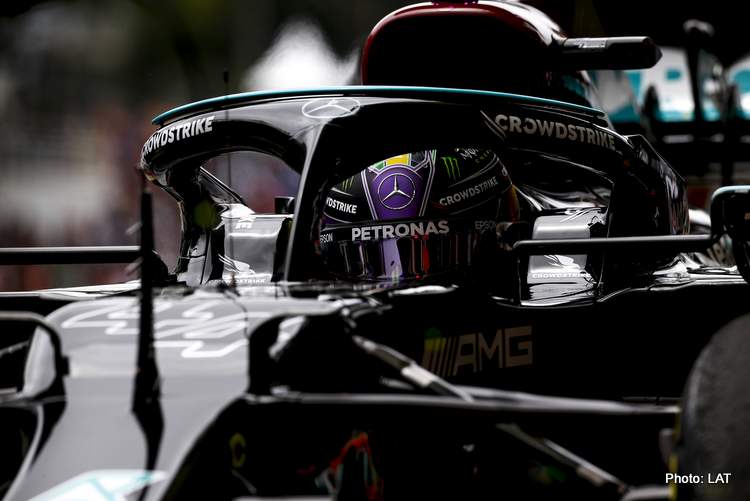 Mika Hakkinen discussed the 2021 Sao Paulo Grand Prix, and claims that Max Verstappen tried to intimidate Lewis Hamilton on the their lap 48 incident, something the Finn is not sure will work.

In his regular Unibet column, Hakkinen analyzed the main talking points from Brazil’s Formula 1 weekend, providing his input from a former racer’s point of view.

Speaking of the race incident between the two title contenders that occurred on lap 48 as Hamilton made a move on Verstappen, Hakkinen believed the Dutchman was never the driver to give in easily.

“Max is at the top of his career, leading the World Championship and determined to keep Lewis behind,” Hakkinen said.

“What happened at Turn 4 on lap 48 was an example of how hard Max is prepared to push,” he explained. “Keeping the steering wheel open is an easy way to intimidate a rival, but it can also lead to a collision. In that case you never know what might happen.

“I am not sure that intimidating Lewis will work. He likes a challenge. It gives him extra focus!” the Finn warned.

Been there, done that

Taking a trip down memory lane, Hakkinen spoke of his own experience racing the toughest crop of F1 drivers.

“I was team mate to Ayrton Senna and a rival to Michael Schumacher, two drivers who sometimes used very aggressive tactics,” he recalled.

“There is a famous photograph of me talking to Michael after the Belgian Grand Prix at Spa in 2000, explaining to him why I was unhappy about some of his tactics. I love hard racing, but the racing needs to happen on the track.”

The double F1 World Champion who won his titles with McLaren agrees with the Stewards’ decision regarding the Hamilton/Verstappen incident.

“I was personally happy to see Race Control let both Max and Lewis continue,” he admitted. “Both cars left the track, and they rejoined in the same order with no damage done.

“I am sure it gave Lewis increased motivation,” the Finn suggested. “When Michael tried to put me off the track in Spa, it made me absolutely determined to make the overtake – which is the one everyone remembers.”

Hakkinen also touched on Hamilton’s qualifying disqualification because the “DRS gap was 0.2mm larger the the 85mm gap which is allowed” on his car, claiming that despite being a minor transgression, it was bound to lead into a penalty.

He said: “This is a tiny error, and only occurred on one side of the wing – it was legal in the middle and on the other side – and the FIA Stewards were sure this had not been done deliberately by the team.

“I also think that the performance benefit would have been nothing significant,” the 53-year-old claimed. “It might even have been a problem because you need every element of the car’s aero balance to be perfect.

“Whatever the case, the measurements were clear and the decision went against Lewis and the team.

“This is tough for anyone to take, so I can understand why the team felt strongly about the decision,” Hakkinen sympathized.

However, the winner of 20 grands prix believes the penalty was a blessing in disguise for Hamilton and Mercedes.

“What is so interesting, however, is that by putting Lewis to the back of the grid for the Sprint qualifying race I believe both he and the team channeled their anger into something really positive,” he noted.

“It gave them more motivation, a real determination to treat the Sprint like the first part of the Grand Prix, with Sunday’s race completing their strategy.

“As a driver you know the best way to achieve success is to channel your energy into speed.

“There is no point in getting emotional and over-driving. It is so much better to say ‘right, I am going to dig even deeper’,” Hakkinen said while channeling the racer within him.

The Champion of the 1998 and 1999 seasons is upbeat about the final three races of the season, and the thrill that will come along.

“With three races to go I think we will see more excellent racing,” he said. “The right way to win the Championship is to race hard but fair, with brilliant overtaking and the victory being decided by the chequered flag.

“This is such a good World Championship I really do not want accidents, penalties and Stewards meetings to determine the final result!” Hakkinen concluded.