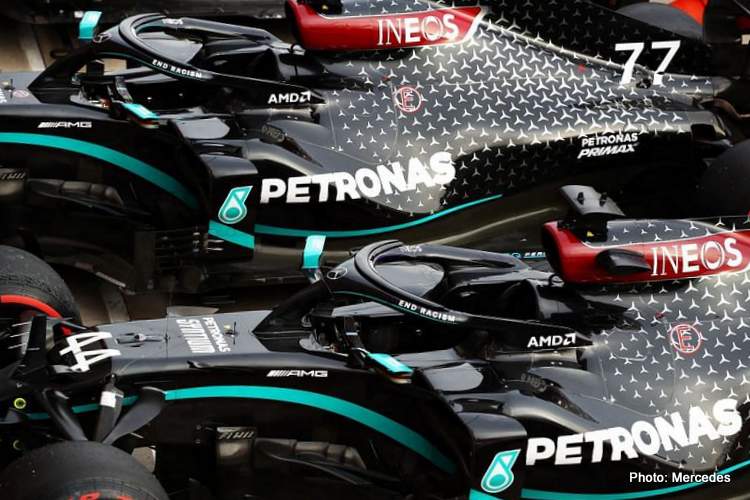 Formula 1 is highly technical sport and so it would seem reasonable to me that media use informed and adequately qualified journalists when commenting or expressing opinions on technical matters.

Now, I don’t usually listen to Autosport’s Grand Prix review podcasts, but this morning I found myself listening to their Sao Paulo Grand Prix review, but at the 23-minute mark I turned it off, and I will never listen to it again.

A good example is the following.

Listeners were privy to a commentary of one of the hosts and she raised the following concerns with respect to the primary technical narratives of the weekend:

Anyway, one of the major points of conjecture surrounding the disqualification of Lewis Hamilton from qualifying on Friday due to a DRS technical infringement seems to be the process.

It would seem Mercedes were either confused about the application of F1 technical regulations in the instance when a technical directive is also applied, or they were outright questioning the legality of a TD.

I’d like to have a look at the following extracts from the FIA’s Document 29 from the weekend’s proceedings, the determination of the DRS irregularity of car #44.

The Competitor also noted, that Art 3.6.3 of the regulation states a maximum dimension, which is possible to measure without applying a force or load. It is not until a force is applied, that the gauge is able to go through.

Here Mercedes were attempting to argue that in a static condition their wing is compliant.

There was no disagreement that the test itself was undertaken as described in TD/011-19. The gauges were measured and the Stewards were satisfied that they were the correct dimension.

The FIA established correct conformance and calibration of the test performed under the technical directive.

The Competitor, therefore, argues that their car complied with the regulation in the static position and thus meets the regulation.

However, every Sporting Director in F1 knows that if a technical directive is issued that is to be read in conjunction with a technical article, compliance is consequently dependent on both the article and the TD.

The FIA argues that while not regulatory, the TD, like many others, describes the procedure for the test so that competitors may design cars to meet the regulations. Further, the TD states that the test is designed “to make sure that the rear wing element does not deflect to a larger opening than the permitted value…”.

The Stewards take the position that while a TD is not in itself a regulation, TDs are accepted as the method upon which the teams may rely and in this case, the test that was carried out was in conformity with the TD and its legitimate aims.

The FIA are reminding Mercedes of the TD and its intent.

Maybe it is that word, ‘intent’, where many perceive the smoke and mirrors to be.

Could be a fair observation that the language, or wording, in which the FIA drafts its codes and regulations become so focussed on the technical detail that the broader intent of the regulation is diluted?

Let’s use last weekend’s Mercedes DRS issue as an example.

Yes, the FIA have a very detailed technical regulation prescribing the limits of the deployed DRS opening. And sure TD/011-19 has been applied to further reinforce that regulation, or in essence, mitigate ambiguities.

But isn’t the overall intent to ensure that the DRS opening doesn’t exceed 85mm, regardless of wing flex, or actually regardless of anything?

It isn’t uncommon in other forms of law for a regulation or clause to be headed with a statement of intent, which becomes legally binding.

In the previous example of the DRS opening the regulation and the TD could very well be headed with a statement of intent along the lines that “The intent of this regulation is that the DRS opening will not exceed 85mm under any circumstance whilst the vehicle is in operation.”

Inevitably though, I for one don’t necessarily think a strategy like that is necessary because after all, like I have written over and over before, I believe in the fact that F1 is deeply rooted in innovation and closing every loophole would ultimately kill any scope for it.