Sao Paulo Takeaways: Do not poke a sleeping bear 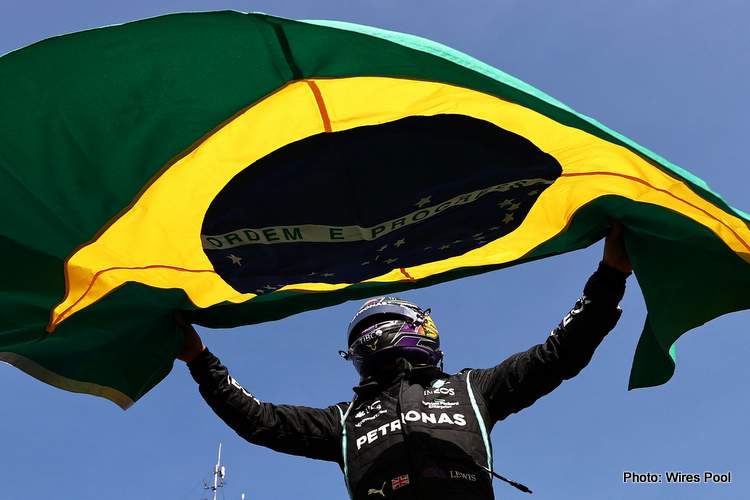 We are starting to run out of superlatives in describing the 2021 Formula 1 season and the ongoing title battle starring Lewis Hamilton and Max Verstappen, as every race weekend seems to produce a new form of drama or unique intrigue.

Sao Paulo didn’t buck the trend, and even went out of its way to serve an F1 weekend that had the producers of Netflix’s Drive to Survive rubbing their hands with glee at the prospect of the ratings the episode, covering the race in Brazil, will get.

We entered the weekend in Sao Paulo with the worst kept secret finally revealed, and that is Hamilton taking an extra Internal Combustion Engine (ICE), and receiving the inevitable five-place grid penalty, all to the rejoice of Dr. Helmut Marko, who bravely if not foolishly set a target to win in Brazil, on the back of winning in Mexico.

You could only imagine the Austrian’s delight once it was announced that Hamilton was under investigation for the DRS irregularity. Only Verstappen putting his finger where it didn’t belong, and getting investigated as well, could have ruined Marko’s celebrations. But they dodged a bullet there with Max being 50,000 Euros poorer as a result. I wonder; will the Dutchman submit an expense claim for Christian Horner’s approval?

Down the paddock in the Mercedes garage, another younger Austrian (Toto Wolff in this case) was throwing a fit after these unfortunate developments that beset his star driver.

And what made things more intriguing was the fact that this weekend was, thankfully, the last time this season, we would have to witness the Sprint race F1 is insisting on shoving down our throats. Though to be fair at this instance, and due to the numerous factors in play, especially Hamilton, the Sprint was somehow good fun.

But what a turnaround Hamilton and Mercedes executed, with the W12 appearing to be on steroids courtesy of that brand new ICE, rendering the Verstappen/RB16B package powerless in response, with Hamilton winning Sunday’s Grand Prix in commanding fashion.

So despite one topic dominating the weekend, a few takeaways were available for us to put out there. 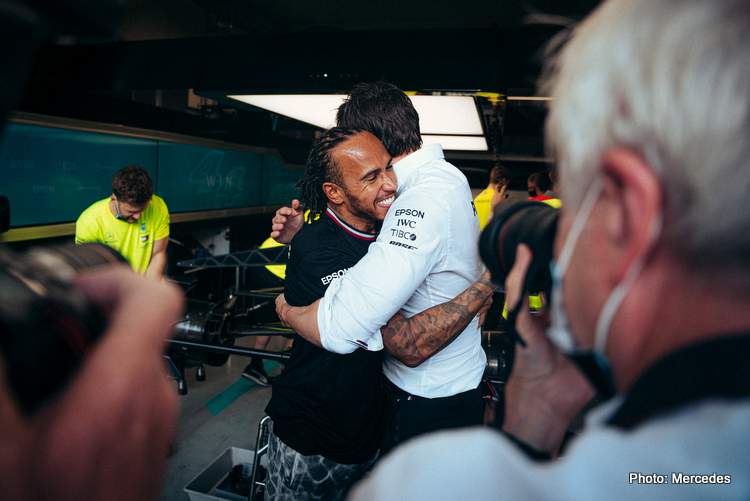 Why was Wolff so upset?

One would almost lose count of how many tantrums Toto Wolff threw ever since Hamilton was disqualified. If I were him, I would take the FIA and Stewards out for a round of drinks, as once the seven-time World Champion got the DQ, his killer instinct switched on.

In my last Takeaways from the Mexico City Grand Prix column, I said that you do not leave Verstappen any space with reference to Vatteri Bottas’ useless first-lap defense on the Dutchman in Mexico.

Well here’s another rule for you: Never piss off Lewis Hamilton, ever.

As a matter of fact, you are better off poking a sleeping bear, because once Lewis is faced with adversity, he is at his very best as he finds that extra motivation he needs to overcome a challenge.

Despite driving well in Mexico to limit the damage, Hamilton cut a dejected figure after the race, as it dawned on him how tough a contender Verstappen is, and spent the whole week up to the Sao Paulo GP moaning about how fast the Red Bull ace’s car was.

Gone was that dejection after Brazil, and the tables turned with Verstappen realizing his 14-point lead means nothing, after witnessing firsthand how brutal a Hamilton-on-a-mission can be with his performance in the Sprint and the Sao Paulo Grand Prix being a clear case in point.

Finally for what it’s worth, Hamilton’s DQ was fair play, and the fact the Mercedes decided not to appeal it is proof of the integrity of the Stewards’ decision, and Wolff should be grateful he has a driver who can turn such situations around. 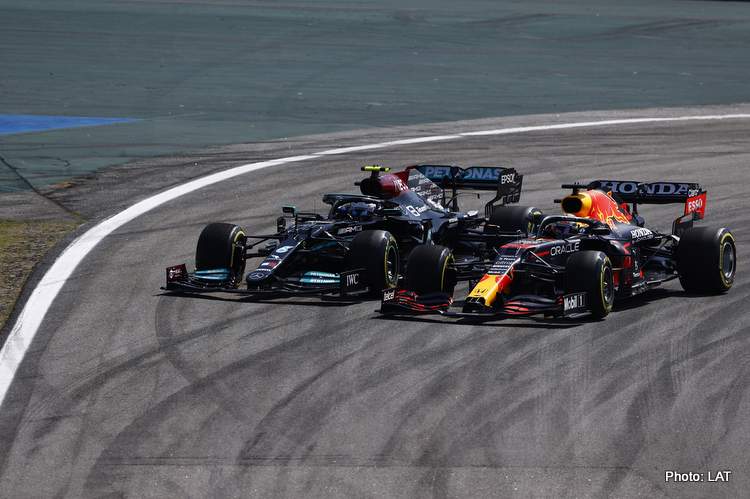 Verstappen’s defense as good as his offense

You have got to love Verstappen aggressiveness, especially that it has been polished and honed over the years as he continues his journey towards becoming the full package. I will go out on a limb to say that what the 24-year-old might be missing against Hamilton are the extra years of experience.

In Mexico he was on the offense, and boy did he strike, with his first lap move on the Mercedes duo being the stuff of legends.

In Brazil, he was on the receiving end of the attack, and he defended superbly against a rampant Lewis Hamilton. He never put a foot wrong, and made Hamilton work for the win. But there was so much the Dutchman could take before the inevitable happened and Hamilton passed.

Not taking anything away from the Briton, but the Mercedes was just the better car on the day in Sao Paulo.

As for the pair’s off-track excursion, the stewards did well to let them race, especially that none of them was seriously disadvantaged.

Which brings us to the next takeaway… 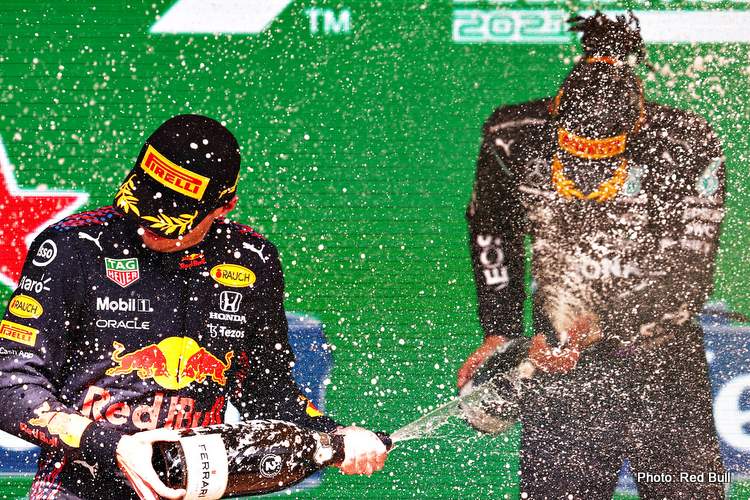 Both Max and Lewis deserve the title

I know that may sound like a politically correct statement, but it is genuine, as it has been a while since we have seen two title contenders so closely matched.

Hamilton and Verstappen are in no way identical, but each of them has his own traits and skill set which have shown over the course of the season that there is nothing to choose between the pair.

During the Grand Prix, once Hamilton was second and around 3.4-3.5s behind Verstappen, the two started trading lap times, which went on for several laps, their times almost identical.

What makes things more interesting, is that the same analysis can be applied to both their cars. Each car has its own strengths and weaknesses, based on their diverging design philosophies, but over the range of race tracks F1 visited this season, the W12 and the RB16B have been evenly matched, especially after Mercedes clawed back their deficit caused by the new floor regulations for 2021.

I’ve said it before, and I say this again; we are privileged to be witnessing this battle. 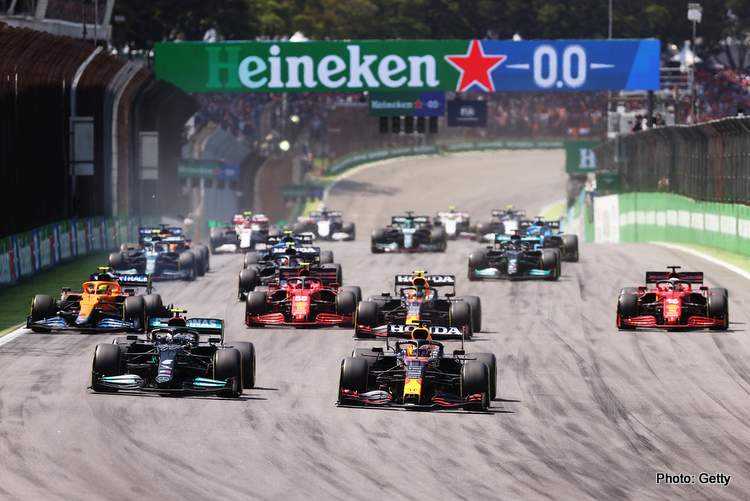